Since implementation of the Masterplan commenced in 2013, the majority of project actions have been addressed. The only remaining actions are for a wayfinding strategy to be designed and implemented through the Pedestrian Access Ways (PAWs) and to investigate and trial the installation of permeable fencing along rear property boundaries.

At its December 2020 meeting, Council considered a petition with 11 signatures requesting the closure of a PAW located between Yallambee Place and Koolunda Court, Karawara (a site plan is available here). It was resolved to progress the closure of this PAW in 2021. The Council report and resolution is available on the Council Meetings page.

The City has further investigated the proposed closure in accordance with Option B of the Department of Planning, Lands and Heritage (DPLH) guidelines - PAW closure where there is no endorsed pedestrian and cycle access plan.

Option B requires the preparation of a closure report that considers:

In developing the Closure Report, the City undertook the following tasks:

The Council endorsed the draft Closure Report at its 26 April 2022 meeting, resolving the following:

A copy of the Officer Report, Closure Report and council decision are available on the Council Meeting page within the minutes and attachments for the 26 April 2022 meeting.

The City has now submitted a request to the Department of Planning, Lands and Heritage for the closure of the PAW. Should the Department and Western Australian Planning Commission endorse the proposal, the City of South Perth will need to refer the proposal to Department of Regional Development and Land (RDL) State Land Services for processing under section 87 of the Land Administration Act 1987.

The role of RDL State Land Services is to give effect to the request for closure of the pedestrian access way under section 87 of the Land Administration Act 1987 and undertake formal sale and conveyancing of the subject land.

The vision for the project is ‘working together to strengthen Karawara’s public open space and community character.’

The purpose of the Collaborative Action Plan is to provide the community and stakeholders, in conjunction with the City of South Perth, an agreed project list that can be collectively implemented. The implementation of each project is based on timing and priorities that may also require specialists, either from the City or external consultants, to aid in the design and implementation of each project.

Keep up to date

To keep up to date on what is happening in your local area, subscribe to the City’s eNewsletter.

Karawara was originally developed in the early 1970s using ‘Radburn’ design principles based around the presence of Public Open Space (POS) reserves for community use which are located to the rear of dwellings and connected to the road network by Pedestrian Access Ways (PAWs).

In December 2006, Council resolved to review the Town Planning Scheme provisions relating to the interface between Karawara’s POS network and private properties due to community concerns on a number of related issues.

In 2009, the City engaged consultants Creating Communities Australia and Development Planning Strategies to undertake consultation with landowners, residents and other local stakeholders to identify ways to further enhance and improve Karawara. Extensive community engagement undertaken by consultants included community workshops and surveys during 2009 and 2010.

A number of issues, concerns and suggestions were raised by the community throughout the various phases of consultation, specifically in regard to the design and physical layout of Karawara. A lack of regular activity in the large areas of public space and lack of surveillance from adjoining properties were identified as factors contributing to the perceived high levels of crime and anti-social behaviour in the area. However, feedback also indicated a desire to retain the open space network whilst undertaking some minor design changes and improving the functionality, presentation and safety of Karawara.

Members of the Karawara community expressed many different views on how the suburb should be physically modified to address the identified issues which mainly centred on crime and safety. Varying opinions were expressed as to whether the POS reserves and PAWs should be closed and divided between adjoining properties, or enhanced and remain open. Based on community feedback, the consultants recommended that the City close some of the narrow POS links at the rear of houses and connecting PAWs. Two alternate options for POS and PAW closures were developed for the City by Development Planning Strategies.

Further investigations and consultation with service authorities regarding existing services and infrastructure located within the affected areas revealed that due to the location of water and sewer mains operated by the Water Corporation, only one of the two closure options could be considered. The remaining closure option provided by Development Planning Strategies became the only viable method of closing some of the narrow walkways behind houses. Implementation of the proposed closure plan would involve the legal closure of public land PAWs and POS and the associated sale and/or distribution of this land to adjoining landowners.

In January 2012, the proposed closure plan was distributed to all Karawara landowners and residents for comment. In August 2012, Council resolved the following regarding potential closure of selected PAWs and POS links in Karawara:

In December 2013, the Council endorsed the Master Plan and commenced a number of projects to facilitate its implementation.

Project 10 of the Master Plan sought to test and evaluate the closure of one PAW. The PAW to the east of Yallambee Place was used as a test case. In order to close the PAW, the PAW land would need to be purchased and amalgamated with the adjoining lots. At the time a number of constraints were identified, and it was identified that there would be little advantage for owners to take on additional land. Additionally the timeframe was another constraint, which required a full commitment from Council to progress closure, with consent from the Minister for Lands. This process, outlined in the Procedure for the closure of pedestrian access ways (October, 2009) requires:

This test was undertaken by the City in 2015 and involved the distribution of letters to the 12 landowners adjoining the PAW, which resulted in nine responses; six in support, two with conditional support, one objection and remaining landowners did not respond. Therefore the test had 50% of support from landowners.

Council at its 23 February 2016 meeting considered a report on this outcome and resolved not the close the PAW and instead sought to pursue alternative measures to improve the environment of the PAWs.

In addition to the implementation of physical infrastructure and social initiatives, the City has been actively promoting and facilitating community development initiatives to provide support services to local residents such as sausage sizzles, children’s activities, live acoustic music and naming the park outside the Gowrie Community Centre.

From 2016 onwards, further larger scale events and activities were facilitated by the City. These have included:

The location of where projects have been realised can be identified on the Spatial Local of Karawara Master Plan Projects map. 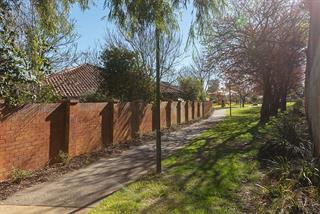 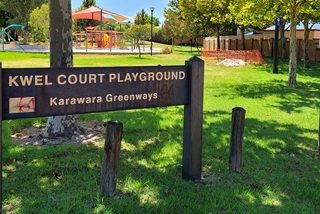 Installation of CCTV cameras and pathway lighting in the Karawara Greenways area has been completed. 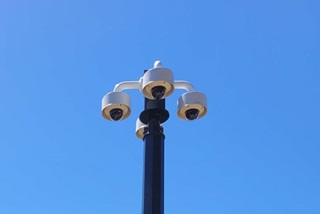 CCTV and path light upgrades will be installed at Karawara Park Greenways on the week of 4 October 2021 and is expected to take approximately six to eight weeks to complete. 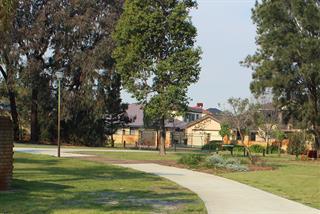 Notice is hereby given the City of South Perth intends to close the Pedestrian Access Way and a portion of Public Open Space located between Yallambee Pl and Koolunda Ct, Karawara.

The City is seeking comment from the community on the closure of the Public Access Way located between Yallambee Place and Koolunda Court in Karawara.

For more information or to get involved with upcoming projects in Karawara, please contact the City.