The Manning Hub is a multi million dollar project to create a new 'heart' for Manning and provide the community with a vibrant, connected and attractive precinct integrating community services and social activities.

Construction of the Manning Community facility commenced in June 2015 and was completed at the end of 2016. The facility opened its doors to the public in February 2017.

Phase Two of the masterplan consists of two stages. Focused on connecting the commercial area to the community facility, plans include the extension of the pedestrian street within the community facility area through the former deli shop, and updating the streetscape and car park surrounding the Welwyn Avenue shops.

Following community and key stakeholder feedback, the concept for the Manning Hub Phase Two design was amended and finalised.

Construction works are being undertaken in a staged approach, with demolition of the former deli shop now complete and the next stage of construction commenced to include soft landscaping. Civil and landscaping works in the laneway commenced in late May.

The Manning Community Hub provides the following benefits and features for the local community:

This project was initiated by the City of South Perth in response to studies undertaken demonstrating that the existing community facilities were ageing and reaching the end of their useful life.

In 2008, the City consulted with the local community to discuss what they wanted on the site. This consultation found there to be general community support and enthusiasm for an integrated neighbourhood community hub, inclusive of a relocated Manning Library.

In January 2015, the City of South Perth advertised for tenders for the construction of the new Manning Community Hub facility and on 5 May 2015, the tender was awarded to PACT Construction Pty Ltd.

The Manning Community Centre comprises the following facilities and activities, many of which were already located within this site:

What facilities are available for the public to hire and how do I go about doing that?
Manning Community Centre has two rooms available for hire - Manning Community Hall and Manning Meeting Room. Both can be booked online here.
How much did Phase one cost and how was it funded?
Phase one - the Manning Community Hub was a $17 million project. The City of South Perth funded the majority of the project, with a proportion of the funding from the sale of land at the Civic Triangle. The City also received $800,000 grant funding from the Department of Sport and Recreation and a $1 million Lotterywest grant.
Where is public parking located?
During the initial design phase and throughout the public consultation process, the community expressed concern about parking in the area. This was taken into consideration and underground parking was incorporated into the building design along with additional street parking space along Varman Avenue and Ducket Drive.
Why did the City do this project?
The City worked on Phase one of this project over a 7 year period as the facilities on the site had reached the end of their useful life and were no longer meeting the needs of the user groups themselves and wider community. In addition, with changing demographics in the City it has become necessary to look to meet the demand now and into the future.
Is it accessible?
There is lift access from the underground parking area, access from Conchie Crescent path and lift access from James Miller Oval to the ground level of the facility.
When will construction for Phase Two commence?

Construction for Phase Two was anticipated to have commenced following community consultation, in February 2020. Following consultation, detailed design and procurement documentation were completed.

Following an unsuccessful Request for Tender process, procurement was staged to allow works to begin on site. Works commenced with the partial demolition of the former deli in early 2021.

Phase Two works are anticipated to be complete by mid 2021.

How will the City provide updates to the community on Phase Two?

Information on Phase Two will be made available on the progress tab on this page of the website. Updates will also be available in the Peninsula magazine, the City’s Facebook page and via the City's eNewsletter.

What will happen to the old Manning Library building?

The former Manning Library on Manning Road, Karawara has been vacant since February 2017 when the new Manning Library opened. Since that time, there have been a number of attempts to identify a suitable alternative use and to find a tenant.

The zoning of the land means the City is unable to use the former library for any commercial use and given the building is not in a  suitable condition for leasing due to the presence of asbestos and general deterioration, it is unsuitable for community group tenancy.

Due to the cost of refurbishing the building to a suitable standard, council considered the most cost effective option was to demolish the building and give consideration to a new structure as part of the George Burnett Precinct Masterplan. 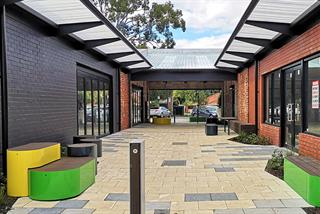 Laneway brings new life to the heart of Manning

A vibrant new community space has opened in Manning, marking the completion of phase two of the City’s landmark Manning Hub project. Manning Laneway has opened access between Welwyn Avenue and Manning Hub. 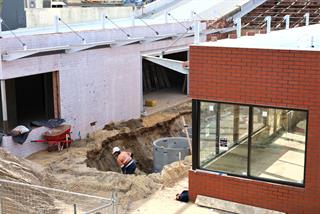 The second phase of the City's Manning Hub Project is nearing completion with works to revitalise the Welwyn Ave shopping area now in their final stages. 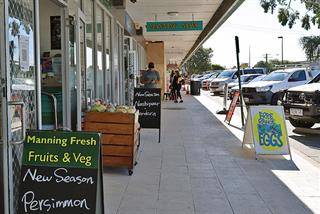 The second phase of the City's Manning Hub Project is nearing completion. New parking bays are complete and upcoming landscaping works will bring greenery to the area. 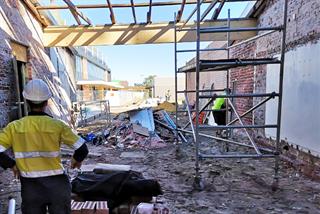 The second phase of the City's Manning Hub Project is progressing, with works to improve access and the flow of foot traffic between businesses on Welwyn Avenue and community facilities located at Manning Hub. 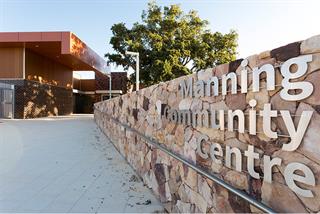 Construction works for Manning Hub Phase Two will be commence at the end of March following completion of the demolition of the former deli building.