The Node Strategies have been listed in order of the priority ranking attributed to each node during the feedback period, from Node N1 Mends Street to Node 10, Ellam Street.
Node 1: Mends Street

Construction for Stage 1 of the Connect South project was completed in late 2019 and the area formally named Mindeerup.

The Coode Street area of the South Perth Foreshore is a popular family destination with its wide-open green space, playground, café and riverside beach.

The vision for this area as outlined in the South Perth Foreshore Strategy and Management Plan is to develop a better serviced family recreational space with improved facilities, a choice of food and beverage outlets, and a diversity of activities including an all ages and abilities playground, rowing, sailing, boat mooring, and water play.

Extensive stakeholder and community engagement was conducted in early 2022 to validate, update and further explore the vision. To find out more and view the outcomes of the engagement visit Your Say South Perth.

The Mill Point node will be developed as a cultural and heritage hub, with improvements to the beach, pedestrian and cycle routes and the ecology and amenities of Millers Pool.

Works at Millers Pool were completed in December 2016 and included picnic and seating areas, a boardwalk and small viewing jetty and planting of native vegetation and trees. The view towards the Old Mill has also been opened up, highlighted by an avenue of trees.

A path network connects Millers Pool with the Foreshore Walk from the Esplanade to the east, to join with the paths and picnic areas west of the Narrows Bridge.

As part of Stage 2, the City invited interested parties to submit a proposal to sub-lease an area of Node 5 to deliver a cafe or restaurant facility.

In September 2020, the City gave public notice of the proposed disposal of 791m2 of land at Millers Pool being a portion of land to be excised from Crown Reserve 33804. The disposal is by way of lease to the U & H Tinelli Family Trust for the café.

The proposed Cafe would complement the recent improvements to Millers Pool and provide a casual/informal dining option to visitors to the area.

The development of the Millers Pool Cafe is a key element to achieving greater visitation and activation in the area.

Stage 3, the remainder of the western side of Mill Point Rd around the Old Mill remain future projects for the Mill Point node of the foreshore.

Develop The Lakes node as:

Node 8: Esplanade West
Develop the Esplanade West node as a waterfront promenade that relates to the water’s edge, with opportunities for respite and seating, whilst maintaining Perth city vistas; and provision for cycling/ walking/ exercising activities.
Node 9: Flag Pole

Develop the Flag Pole node as:

Concept plans for the Westralian Centre have been developed and consultation is underway to deliver on the the vision for this node..

Develop the Ellam Street node as: 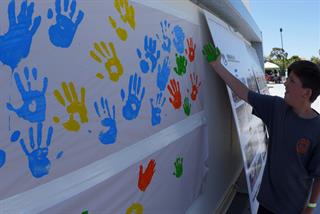 Hands up for Connect South

​Do you have a great idea to improve and activate the Connect South area? The City of South Perth is seeking community and stakeholder input to help inform the place design concept plan as part of the City’s $7.5 million major project Connect South. 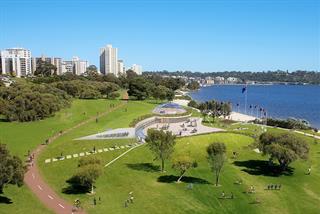 The City is seeking to develop a proposed multi-purpose interpretive facility, public space and major tourist attraction to be located on the South Perth foreshore. 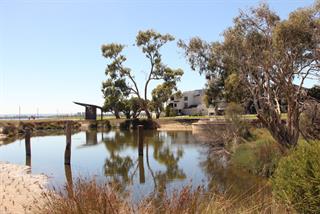 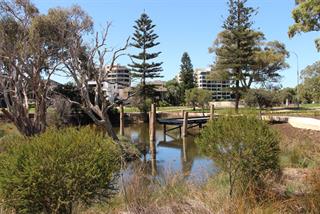 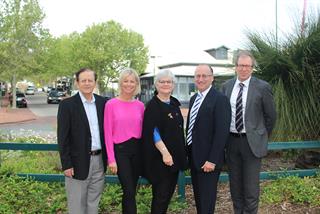 The City has successfully secured $2.5m in Federal funding to improve the public amenity of Mends St and the surrounding area.