The newly developed area at the Mends Street Jetty has officially been named Mindeerup (Min-dee-rup), a traditional Noongar name meaning ‘place of the shore’.

City of South Perth Mayor Greg Milner announced the name yesterday, Sunday 15 December 2019, ahead of the Carols at Sunset – the first event staged near the new Mindeerup piazza.

The name recognises the cultural importance of the area, with the City's Aboriginal Reference Group supportive of the use of a Noongar name.

Mindeerup was developed through the City’s $7.5 million Connect South project, to become the new gateway to the City of South Perth, linking Perth CBD, Perth Zoo and greater South Perth.

It offers a dynamic entry point to welcome visitors and provides an improved visitor experience at the Mends Street Jetty area. A range of upgrades and public artworks have enhanced the atmosphere, with improved seating, lighting, weather protection – including giant canopies in the shape of a numbat and frilled neck lizard – and permanent artworks that reference the site’s character and significance.

The new Mindeerup name is complemented by the range of artworks that represent elements of Aboriginal culture, with two artworks from ART + the most ambitious works of enduring Aboriginal public art the City has commissioned to date.

Sand sculptures were installed several weeks ago near the trees and show intricate patterns referencing storm clouds, emu feathers, rock formations, waterholes and song lines. They were inspired by artist Yondee Shane Hansen’s distinctive sand paintings, and link back to ground paintings and sand drawings learned from his father and grandfather.

Still to come is nocturnal artwork, Karl Kep Ngoornd-iny (meaning Fire and Water Dreaming), which will use light, sound and projection technologies to represent the cycles and rhythms of this country from an Aboriginal perspective. This art will use new technology to share ancient stories of the significant place.

Mayor Milner was pleased to announce the new name for the iconic part of South Perth at a small naming ceremony that included a Welcome to Country from local Kerry-Ann Winmar and Aboriginal dance performance by the Wadumbah Dance Group.

“Mindeerup means ‘place of the shore’ and has been previously recorded as the traditional Noongar name for this area,” Mayor Milner said.

“The name was considered and endorsed by the City’s Aboriginal Reference Group and acknowledges the significance of this area in Noongar culture and heritage.

“The City’s goal for Mindeerup is to provide a unique and vibrant welcome to visitors, a fantastic meeting place for residents and support to local businesses in encouraging people to see and enjoy the area.

“No success is achieved in isolation, and I’d like to thank everyone for their contributions to Mindeerup – one of the City’s biggest major capital works projects.

“Construction began in February this year, but the project began much earlier. There has been stakeholder and community consultation and engagement with local businesses.

“Our project partners, contractors and City staff played excellent roles in ensuring such a high-profile project has come to life and been delivered on-time.

“I hope everyone in our community gets the opportunity to enjoy this very special part of our great City.

“Over the coming months, other events will be hosted here, including our new SouthSide Summer festival to activate and showcase the space.”

The ceremony took place near the new Duchess seating, which acknowledges the paddle steamer that used to take passengers between South Perth and Barrack Street Jetty in the early 1900s.

The Carols at Sunset event attracted around 800 people, and will be followed by the SouthSide Summer series running on Friday nights and Saturdays in January and February – during FRINGE WORLD Festival 2020. For more information, see the event page on the City’s website.

Connect South was a $7.5 million project, made possible with $2.5 million from National Stronger Regions Round 3 funding (Federal Government) and $5 million from the City of South Perth. The majority of the funding was spent on the on the piazza foreshore area with minor updates to the north end of Mends Street. For more information, visit the Connect South page on the City’s website. 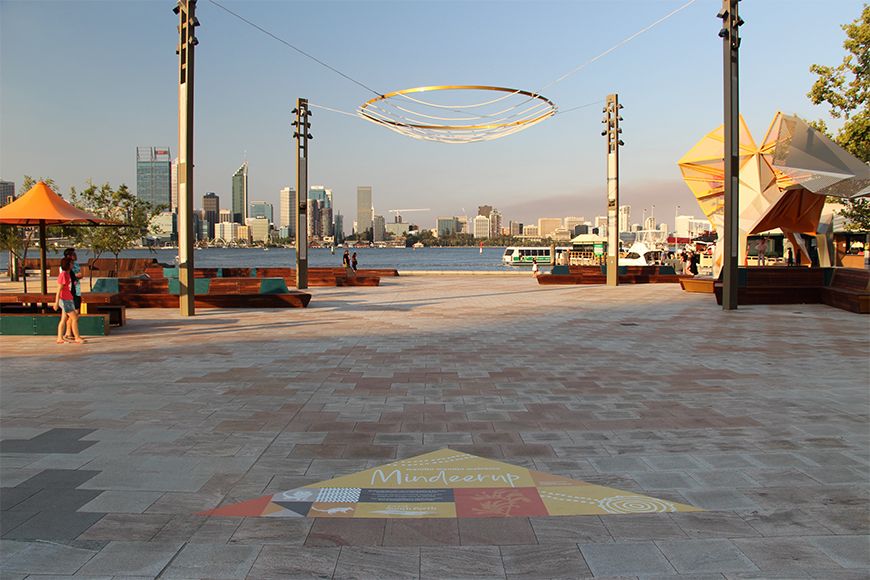 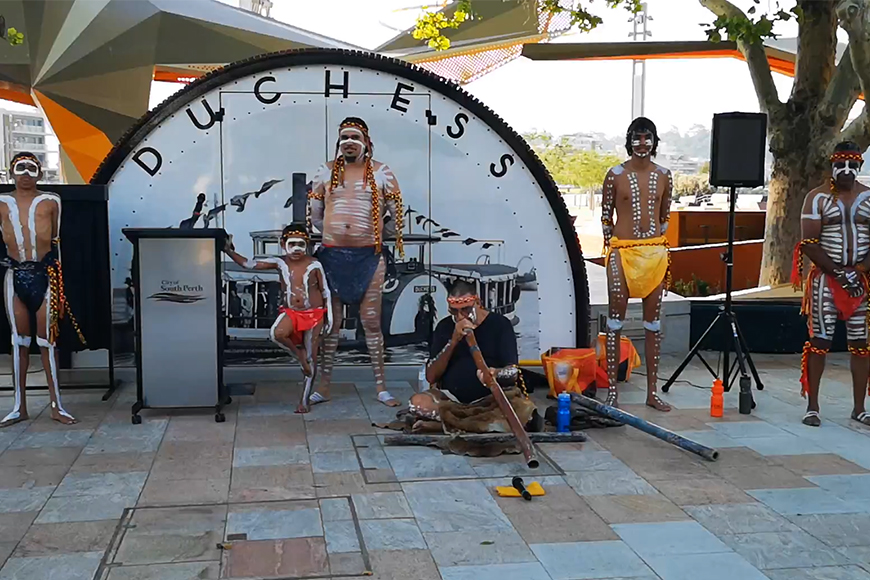 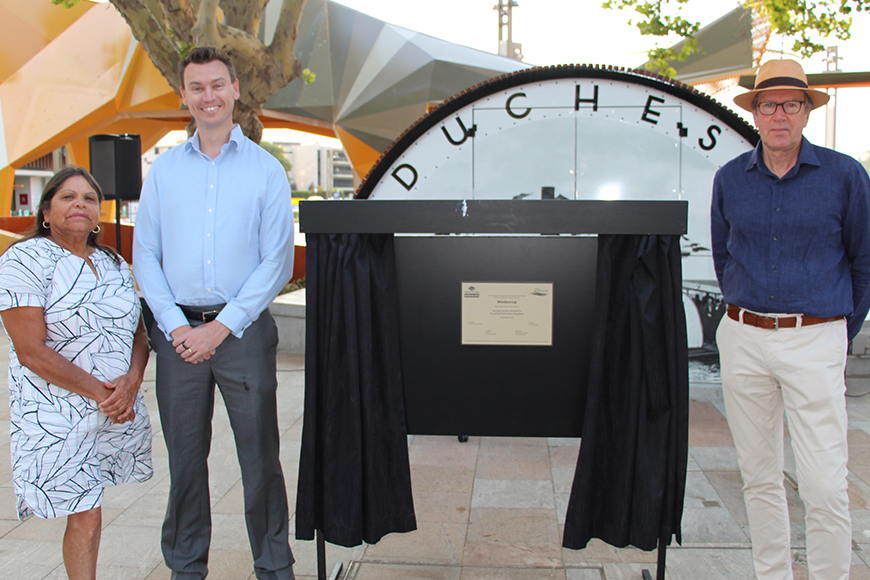 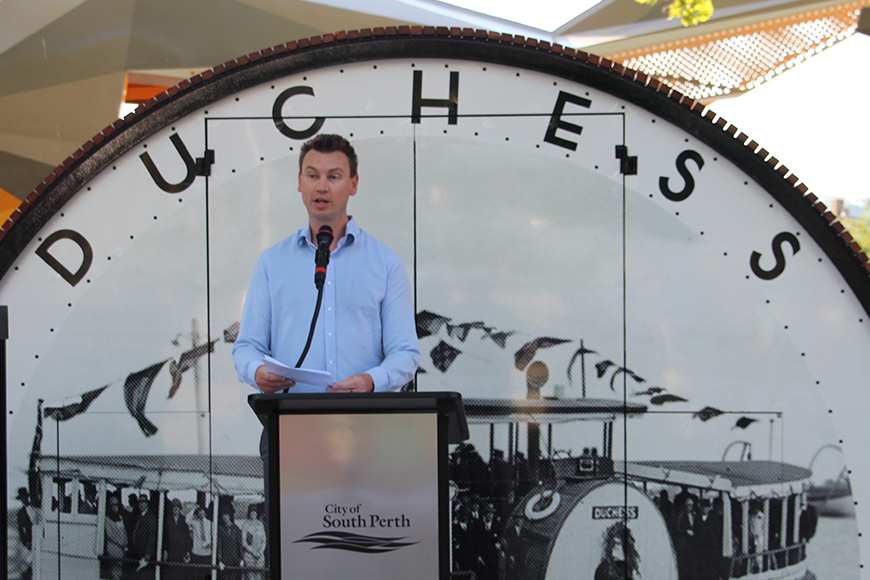 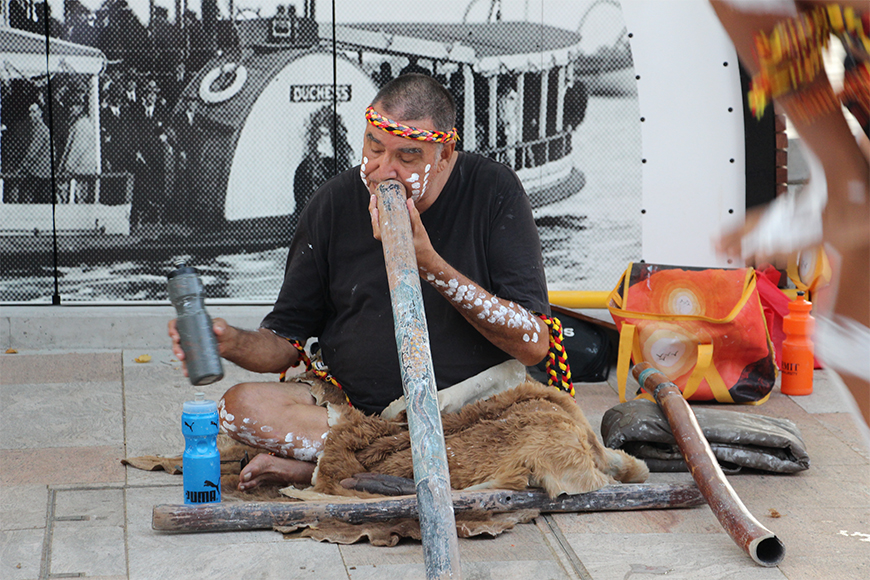 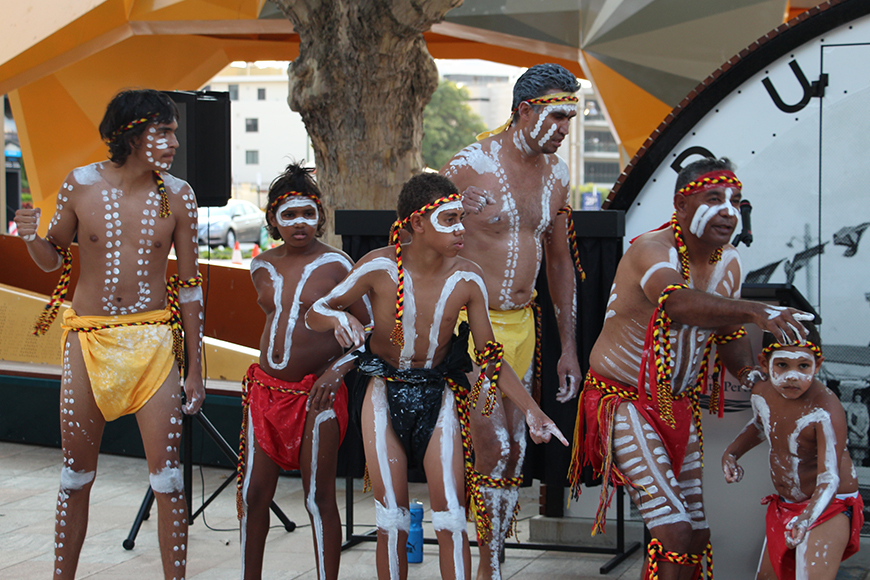 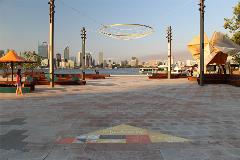 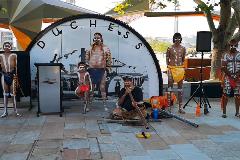 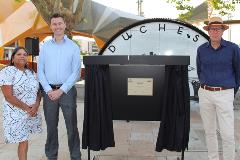 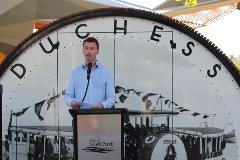 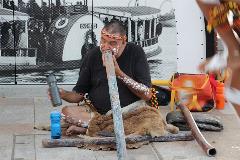 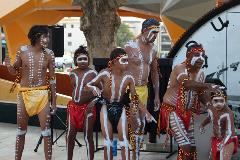