Given the level of interest and to further clarify some of the complexities around the StrEATS event issue, the City has published (below) an excerpt from Tuesday's November 2019 Council Meeting from the City’s CEO Geoff Glass.

Full minutes from Tuesday’s 26 November 2019 Council Meeting will be published on the City’s website today, Friday 29 November before 5pm.

Pop up bars on the South Perth foreshore at Sir James Mitchell Park is not a new issue for the City.

I first became aware of the StrEATS pop up bar operating on the foreshore during the tour we conducted for new Councillors on Saturday 26 October – in passing Sir James Mitchell Park near the corner of Coode Street and Mill Point Road there was a large electronic message board advertising a ‘Bar, with Food Trucks and Live Music’.

At the time I queried the City’s Manager of Community, Culture and Recreation as to what ‘bar’ was that referring to, as I was not aware of any pop up bar that had been approved.

I am particularly conscious of pop up bars in this same part of the foreshore given that since early 2017 the City’s involvement in this issue has included:

So, pop up bars on the foreshore has remained consistently topical. What I have tried to briefly describe is that the issue of pop up bars and events selling liquor on Sir James Mitchell Park has consumed considerable time and cost for the organisation and myself for now over two and a half years.

Accordingly, when I saw the electronic advertisement for a pop up bar I began to make my own enquiries about its approval and any conditions or arrangements that might apply.

To that end I sought information, on amongst other things, the application for the hire of the reserve, the Licence and Trading Permits that we issued, the Occasional Liquor Licence that was issued by the Liquor Licencing Authority and what revenue we derived from those Licences and Permits.

Based upon the understanding that I reached of the required approvals and relevant policies that guide us in our oversight of the StrEATS operations I gave instruction that we should advise the Coordinator of South Perth StrEATs that we could not support further extensions of the Liquor Licence, and that was done on Tuesday 12 November.

This was, as in the report to Council attached to the Notice of Motion, on the basis that:

Given the public interest I then, last Monday (18 November), issued a statement stating that the Occasional Liquor Licence that had been granted by the Liquor Licensing Authority had now lapsed, that the granting of further such licences was inconsistent with the spirit and intent of the State Government’s Temporary Bar Policy and that given the public interest it would be discussed further at this meeting tonight.

Apologies for the long answer, however, they are the considerations that were in my mind and why I gave the instruction that I did. 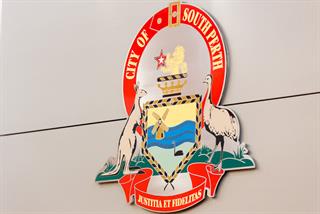 Council last night resolved for the City to work in cooperation with South Perth StrEATS to assist them in achieving the correct approvals required for a pop up bar to operate as part of their event.