Connect South – the numbat is coming!

A canopy in the shape of a giant numbat will be installed on the South Perth Foreshore tomorrow, Saturday 10 August 2019, as part of the City’s Connect South project.

Installation of the numbat heralds an exciting stage in the rollout of this major City project, aiming to deliver an enhanced and invigorated Mends Street precinct, with a new piazza being constructed near Mends Street Jetty.

The numbat is the first of two canopies – the second being a frilled-neck lizard – providing a native animal themed welcome to visitors. It represents a unique South Perth story linking the Mends Street Jetty to Perth Zoo, reminiscent of the time zoo animals were escorted from the zoo to the river.

The numbat has been constructed from plate aluminium in an origami-style design with articulating planes to reflect light and shadow across the surfaces. It weighs approximately 5.5-6 tonnes and is 23.5m long, 6.5m tall and 5.6m wide. The ribbed aluminium on the underside of the canopies will reflect onto the river to look like an upturned boat.

The canopies will provide shade and be lit from underneath, casting light and shadows from the underside.

The aluminium will be finished with painted geometric patterns with some aluminium plates punctured to allow for transparency and to create the aesthetic of the animals. Depicting earthy Australian tones, bronze, yellow, orange, gold, red and stone have been used to paint the numbat.

The numbat and frilled-neck lizard were chosen to represent Perth Zoo’s focus on conservation and its commitment to wildlife and showcasing native fauna. Their location was chosen to maintain views and vistas from Mends Street and to create additional framed vistas on the approach to the Mends Street Jetty as the gateway to the City.

The frilled-neck lizard is also set to arrive in August, and shortly after the canopies will be joined by a family of 10 meerkats created using crocheted polypropylene over a stainless steel frame.

City of South Perth Mayor Sue Doherty is an avid supporter of the Connect South project and looks forward to seeing the numbat installed as the area is revitalised.

“This marks an exciting part of the Connect South project, when the first of our animals arrives,” Mayor Doherty said.

“The Connect South project aims to transform Mends Street to become the gateway of South Perth and a destination for locals and visitors alike.

“The new piazza area is planned to be a lively place where tourists, families, workers and residents can gather during the day and stay into the evening.

“The canopies lighting up as the sun goes down, with the stunning backdrop of the Perth CBD and up to Kings Park, promises a vista yet to be experienced.

“The local community has been engaged throughout the development of the project and I’m sure that, like me, everyone is thrilled to see it all come together.

“The public art elements are sure to become conversation pieces and add to the vibrancy of the area. While some of the art is already there for you to see, there’s much more to come as we edge closer to completion of Connect South.”

A number of art initiatives have been commissioned for Stage One of Connect South, recognising the contribution public art makes to our City of active places and beautiful spaces. Two themes identified as key elements of the project, ‘Perth Zoo’ and ‘A Garden Suburb’, are being represented through various artworks.

More information on the artworks underway can be found on the City’s website.

Stage One of the Connect South project is scheduled for completion in November 2019 at an estimated cost of $7.5 million (with $2.5 million from National Stronger Regions Round 3 funding and $5 million from the City of South Perth). The majority of this funding is being spent on the piazza foreshore area with minor updates to the north end of Mends Street.

Under the City of South Perth’s Policy P101 – Public Art, the City is committed to contributing two per cent of the total project cost (of City projects with a value greater than $2 million) towards public art in new above ground urban design, public open space and community building constructions and redevelopment projects. 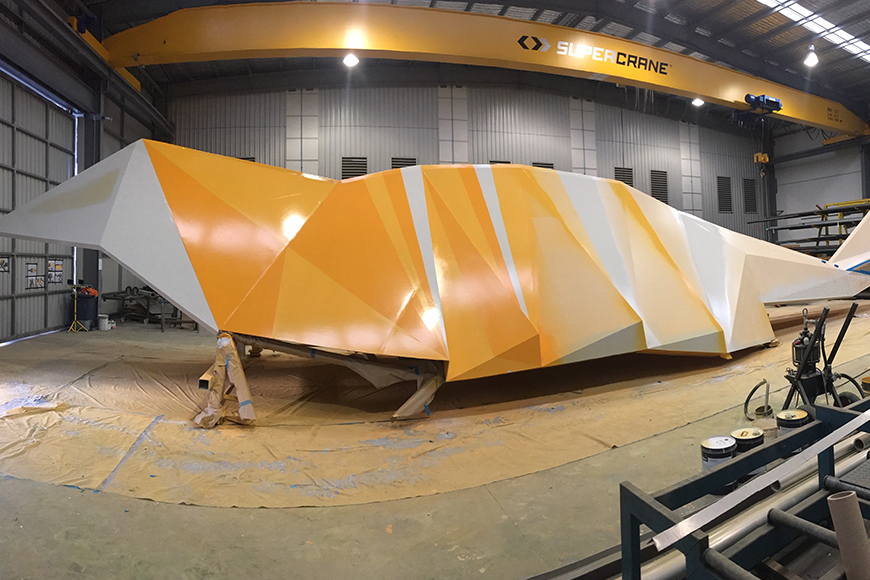 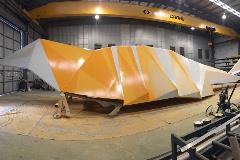