Lake Hurlingham is located on the upper banks of the Swan River and includes 445.5m of foreshore area. Restoration works were completed in April 2016 and included low embankment erosion control and revegetation works involving planting native sedges. Plants were placed along the bottom of the lake and were secured to the sediment using erosion control pins. The newly planted sedges were then covered with bird netting for two months to help them establish and to minimise damage from birds to the planting.

The project area at Lake Douglas was previously used as a landfill site. The restoration project began in December 2016 and was completed in March 2017. Restoration works included erosion mitigation and repair, installing native sedges and dryland plants and mulching the lake’s edge. 1,000m2 was mulched and 200m of the lake foreshore was planted with sedge species. In May 2017, 500 damp land plants were planted along the edge of the lake, including trees and shrubs. To prevent birds from destroying the new plants, plants are protected with netting. The aims of the project are to: 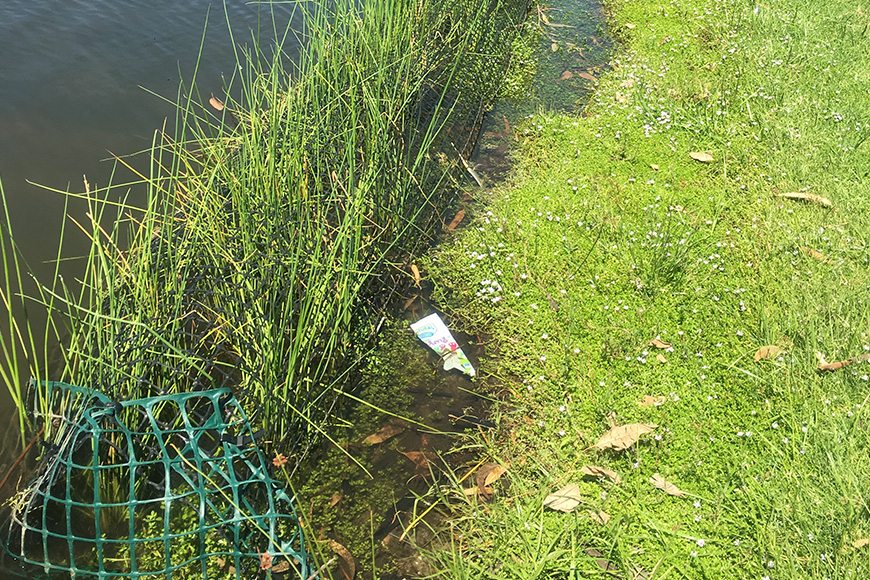 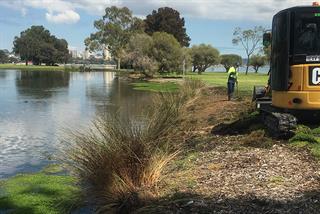 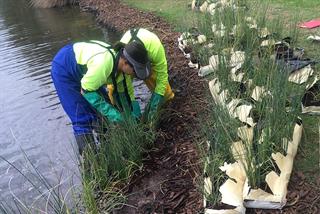 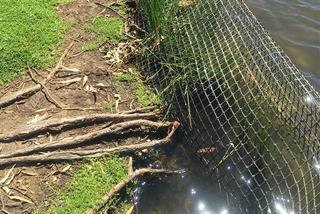 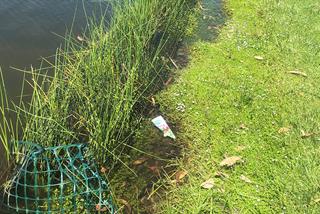 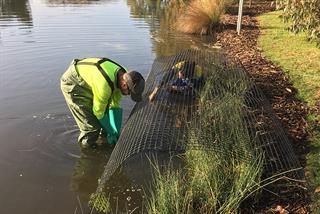 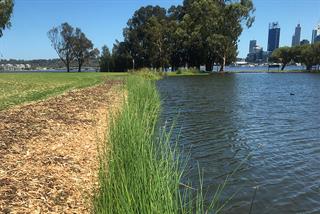