These images, a number of which are pictured below, tell of the spirit of the Anzacs – their endurance, courage, ingenuity, good humour and mateship. Their stories reveal the selflessness of everyday Western Australians who were called upon to serve their country in extraordinary circumstances.

The South Perth Ugly Men’s Voluntary Association or 'South Perth Uglies' as they were affectionately known were a group of enterprising and kind-hearted local lads, formed to raise funds and lend assistance to veterans and their families in the aftermath of the First World War.

The 'South Perth Uglies' were highly active, offering their time and skills to those in need. Here they are pictured after completing work on William Miller Kirk’s house, at 49 Arlington Avenue, South Perth.

It is thought that the name, the Ugly Men, is derived from an old fundraising tactic, where participants would purchase tickets allowing them to cast votes for the ugliest man in the district (considered to be an ironic honour). It is possible that the name is also a show of solidarity with wounded and disfigured men, who often referred to themselves as ‘Stumpies’ and ‘Wingies’. 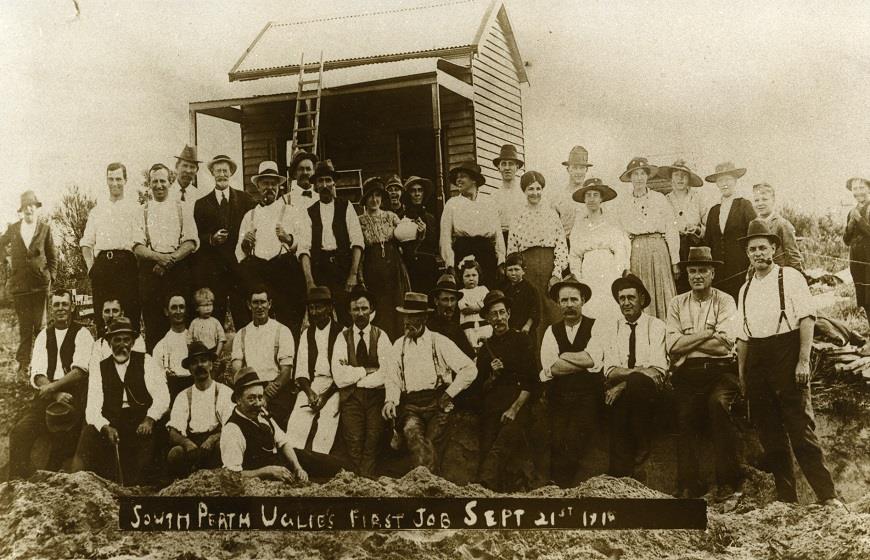 William Miller Kirk enlisted in the 11th Battalion on the 7th of May 1915. Born in Nottingham, UK, the 21 year old clerk was the son of William Willey Kirk, an officer of the Public Works Department and later a member of the Greenmount Road Board.

William arrived in Australia with his family in 1894, and at the outbreak of the war was living at 49 Arlington Avenue, South Perth, with his wife and young child.

He was transferred to the 51st Battalion in February 1916 and saw action in France. He was severely wounded in September 1916 and evacuated to Southend on Sea.

He suffered a gunshot wound to his right wrist, fracturing the radius and ulna. His injuries resulted in near-complete paralysis of his right hand and he returned to Australia on the 'Ulysses' in November 1917.

As one of many disabled returned soldiers, William struggled to support his young family and the already dilapidated shack on Arlington Avenue deteriorated rapidly. The Kirk family was one of the first to be assisted by the newly-formed South Perth Ugly Men’s Voluntary Association.

The Ugly Men recorded and publicised their aid efforts:

Relief and assistance – seven cases in all have been attended to. Erection of a home for a returned wounded solider. The young man enlisted from South Perth and returned with a badly shattered right arm. He put all his war-time savings into purchasing necessary building materials and the South Perth Branch supplied the labor. 'South Perth Uglies' Daily News, 25 March 1919, 4.

In later life William was a keen local photographer, his photographs of Como Beach now form a valuable part of the City's Local History Collection. He died of natural causes in 1959. 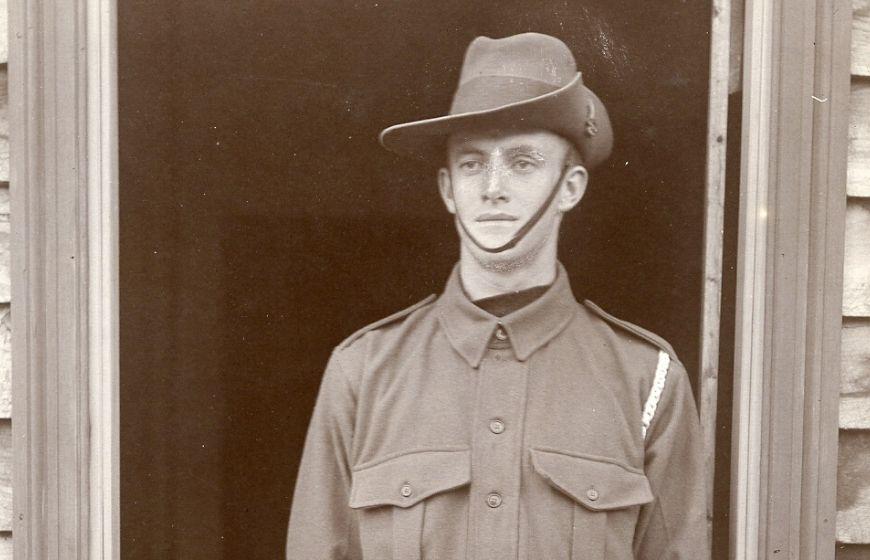 While Remembrance Day on the 11th of November is a solemn occasion of commemoration and reflection, some veterans of the First World War were inclined to be a little more raucous and in their own annual rituals.

The photograph below, shows members of the South Perth RSL Sub-Branch at their 1931 ‘Smoke Social’ in the Swan Street Hall on 25 September 1931. The all-night party was a chance for the veterans to let off steam and simply have a good time. It featured performances, speeches and character skits, with musical accompaniment from the Whizz Bangs in costume as Chinese Labour Corps.

The theme was ‘Armistice Night in an Estaminet’ and the hall was decorated to resemble a bomb-damaged, French drinking establishment, complete with shell craters, a German spy and several rather manly looking “Mademoiselles.”

At the time The Western Mail reported that:

The estaminet was true to type, even to the shell hole, rafters and protruding timber, and through it a section of trenches with a village in the distance and the usual debris of war. The walls were covered with initials and there were a few drawings by diggers (for diggers). The round tables and the beer completed the effect, and South Perth’s ex-soldiers left for home about midnight convinced that once a year, anyway, it was possible to forget the frightful horrors of peace. 15 October 1931. 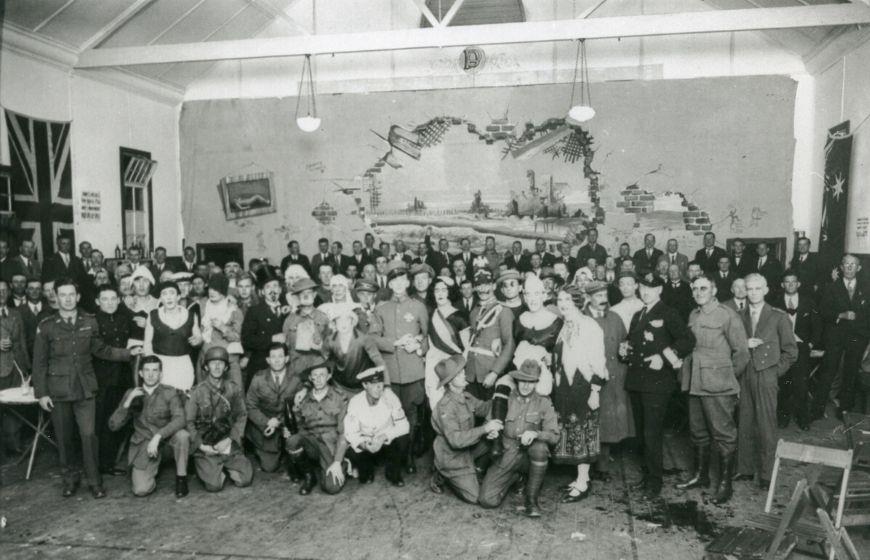 In a bid to support the war effort, renowned artist May Gibbs created a series of postcards to send to Australian troops serving overseas. The postcards form part of a collection of 150 paintings and sketches by Gibbs and her father that was acquired by the City of South Perth in 1997. The Gibbs family were long-time residents of Suburban Rd, now known as Mill Point Rd, and many of the works in the collection were produced in South Perth. View the May and Herbert Gibbs Collection here. 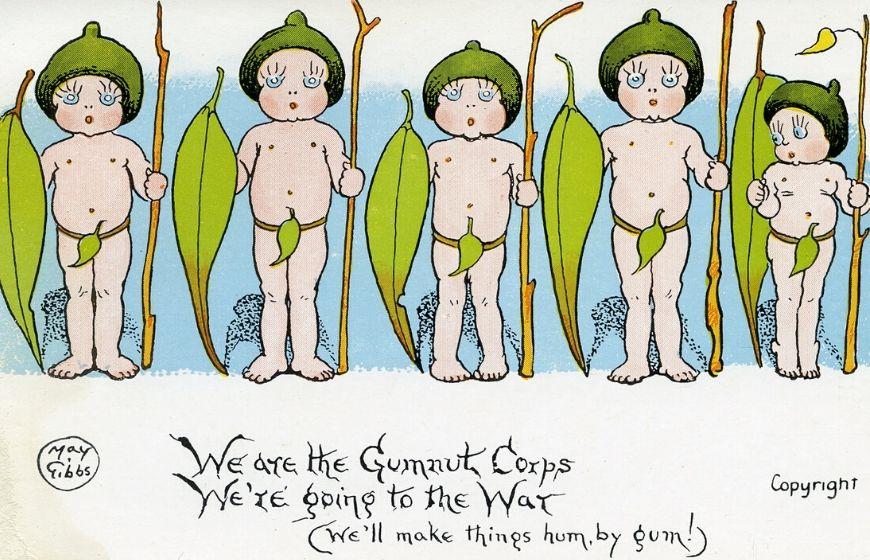 In the aftermath of the war, suburbs formed sub-branches of the Returned Services League, using their influence to lobby for repatriation services, employment and healthcare for wounded veterans. The South Perth sub-branch was particularly active, forming working-bees to build houses for members, establishing a Women’s Auxiliary and hosting sporting matches. Henry Kagan Kahan of the 28th Battalion (pictured) was the driving force of the sub-branch and editor of the RSL’s newsletter. He went on to contribute to the construction of the South Perth Community Hospital. 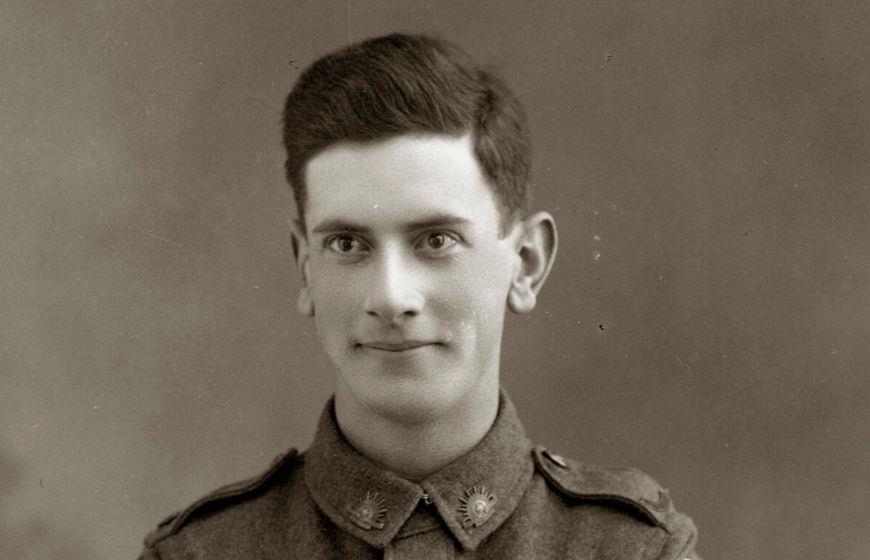 Robert Butler, of Comer Street, Como, was already 43 years old, a successful printer and member of the South Perth Municipal Council, when he enlisted as a gunner on the 7th of March 1917. He served with the 13th Field Artillery Battery in France, and returned home physically unscathed in April 1919.

Robert was a founding member of the South Perth Young Men’s Association and the South Perth Progress Association. The Young Men’s Association provided many soldiers to the war effort, and Robert, though an older man and a prominent business and political figure, felt duty-bound to fight alongside them in the arduous role of an artilleryman. Robert rose to the position of Overseer in the Government Printing Office and raised eight children with his wife Florence Amanda.

Pictured, Robert seated at far left, at the first meeting of the Progress Association. Image courtesy of the City of South Perth Local History Collection. 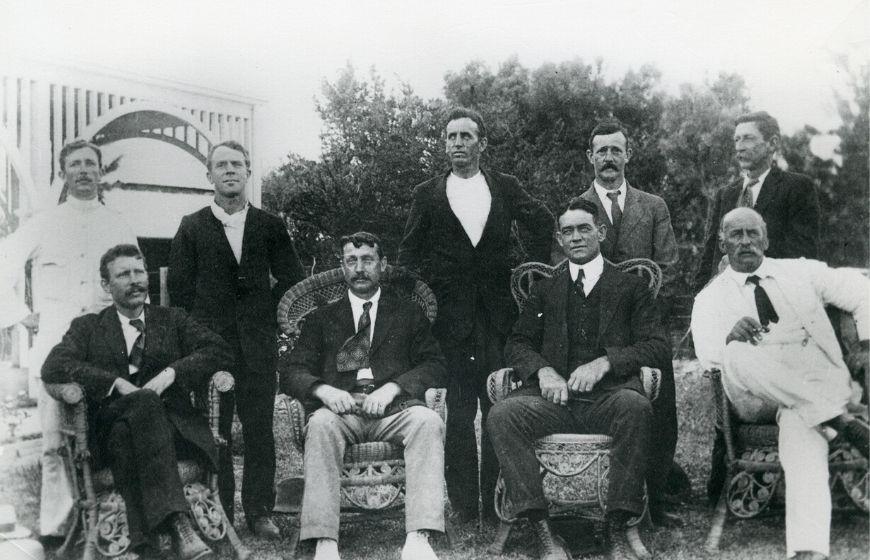 The City’s Oral History Collection features numerous reflections on war which you can listen to on our dedicated website, South Perth Stories.

Below are edited snippets from recollections from three women who were at home during war time.

Dorris Puttick shares recollections of her time working at the Staff Office of Returned and Invalid Soldiers and reflects on the immense affect that the war had on her family, including her brother’s experience as a returned soldier.

Dawn Keating remembers Kitchener’s death and the affect of war at home, including memories of knitting socks and scarves for soldiers at school.

Mildred Manning speaks of her father's connection to the Light Horses as a veterinary officer and who went to war aged 47 and was injured in action in Egypt.

In the following interviews local residents remember what life was like in South Perth during World War II.

David Hinwood recalls growing up in South Perth during WWII and the precautions taken, sharing memories of building trenches, his family’s air raid shelter, electricity black-outs and the presence of the Catalina’s and Americans in the area.

Roberta White reflects on her childhood sense of the war being at arm’s length, despite events such as the capture of a submarine off Rottnest, rationing and trenches in the suburbs being common-place.

Interview with Estelle and Maurice King, 2008

Estelle and Maurice King talks about having to take a ration book on their honeymoon, despite the war being over for five years and Maurice tells of his experience of rationing effects on the butchering industry.

Ross Wedderburn remembers a sense of peace and joy over the return of loved ones who served and recalls how many businesses sprung up in post WWII conditions, as restrictions started to lift.