The journey from Mends Street to the zoo

Imagine peering out the window while having your tea, or slowing your vehicle on Mends Street because an elephant was walking down it!

This is precisely what happened in the early 1900s, when the zoo used the journey to and from Mends Street Jetty to exercise its elephants and import new animals.

The zoo was largely responsible for the development of the Mends Street area, as the attraction drew more and more visitors.

From the beginning of European settlement, colonial authorities began experimenting with growing exotic plants and breeding animals. Native creatures were then traded internationally and once there was an extensive variety of species here, the site was turned into a zoo for commercial purposes.

Ferries soon began traveling to and from Perth City more regularly and businesses like the Windsor Hotel and a number of tearooms opened on Mends Street.

New animals mostly arrived by steamer on the river – and sometimes they’d be seen on Mends Street after escaping from the zoo!

The City is proud to reference the iconic zoo in its latest major project Mindeerup, and in the latest edition of Peninsula magazine is offering the chance to win one of 10 double passes to Perth Zoo - see the competition announcement for more details. 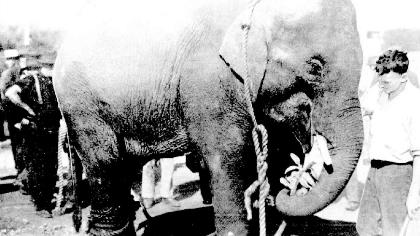