It is important to keep the community aware about the performance of the City to ensure we are meeting community expectations. This includes our financial performance.

During the preparation of the Annual Financial Report, the City became aware that previous data used to calculate the Financial Health Indicator (FHI) score over previous years was in some instances incorrect. As a consequence, the Annual Financial Report for 2018/19 contained revised and updated data, which was adopted by Council and accepted by the electors of the district at the Electors General Meeting in December 2019.

These financial statements show that the City’s finances remain healthy and on track for a positive and sustained long term future.

The City has since written to the Department of Local Government, Sports and Cultural Industries to request a number of amendments to the previous FHI scores. 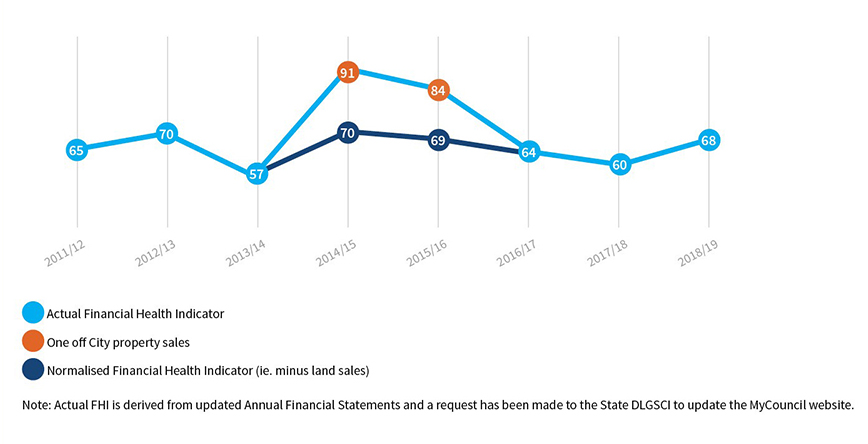