Construction of the City of South Perth’s Connect South project will commence following Australia Day 2019, with the major project set to transform Mends Street to become the gateway to South Perth and a destination for the local community and visitors.

The first stage of the project will create a vibrant and accessible entry point to Mends Street, the Perth Zoo and greater South Perth. Works will include the development of a piazza on the Mends Street Foreshore and minor upgrades to the northern area of Mends Street, between Mill Point Road and South Perth Esplanade.

Initial site works will commence on 4 February and will include installation of site offices as well as fencing and hoardings around the site. Construction is anticipated to be completed in November 2019 at an estimated total project cost of $7.5 million with $2.5 million from Federal Government National Stronger Regions funding and $5 million from the City of South Perth.

“The City’s South Perth Foreshore Strategy and Management Plan identifies Mends Street as a key area to redevelop. Connect South will see the City implement a number of important strategies for the node that are outlined in the plan including the creation of an active pedestrian-friendly piazza,” Mayor Sue Doherty said.

“The project is focused on improving public amenity through place activation, wayfinding, access to transport and greater economic opportunity. It establishes a strong connect between the South Perth Foreshore and Mends Street, creating a gateway to South Perth and the Perth Zoo, improving the pedestrian experience and reinforcing the links between South Perth, Elizabeth Quay and the Perth Central Business District.”

Mayor Doherty said the project would also improve lighting in the area, and create active and passive spaces with a host of seating options for visitors.

“Greater shade and weather protection will be provided by two eye-catching sculptural canopies based on the frilled necked lizard and numbat, these are a reference to the City’s close relationship and long history with Perth Zoo.”

Mr Irons said the start of construction of the Connect South project is an exciting milestone for the community in the federal electorate of Swan.

“The Connect South project will deliver an enhanced and invigorated Mends Street precinct for the people of Swan.

“Locals and visitors alike will have greater access to the world class recreation and tourism facilities that South Perth has to offer.”

Assistant Treasurer Stuart Robert said the Connect South project was an example of the Coalition Government’s investment in priority economic and infrastructure projects.

“Steve (Irons) has been a strong advocate for his electorate in Canberra and I congratulate him and the City of South Perth on their work in bringing this project to fruition,” Mr Robert said 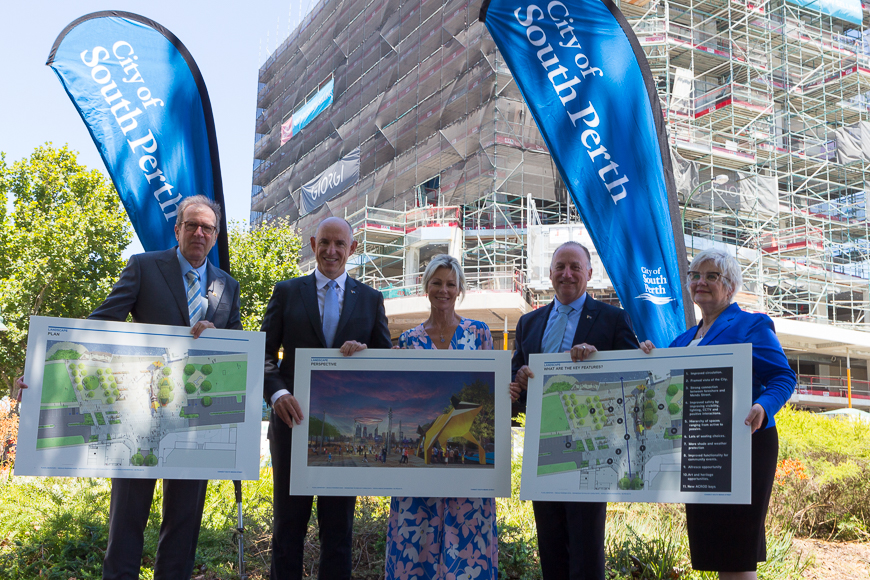 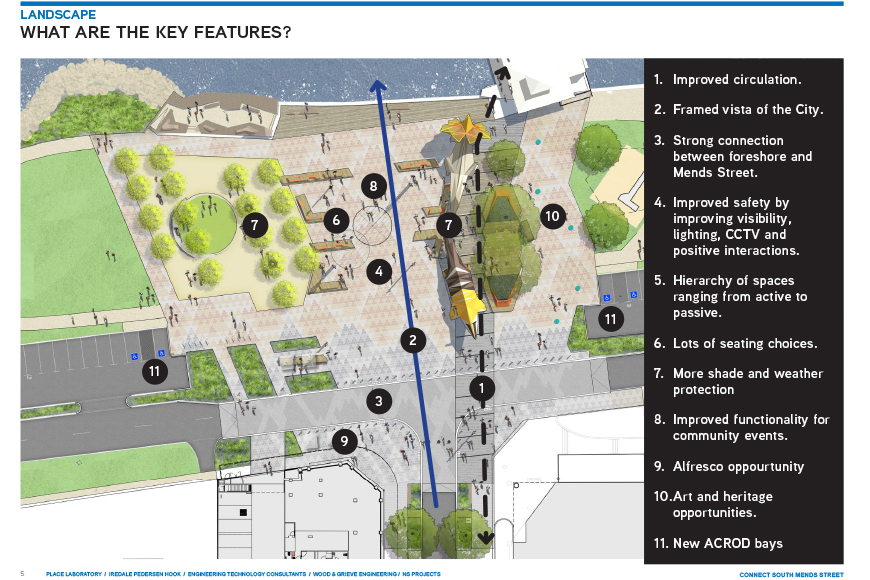 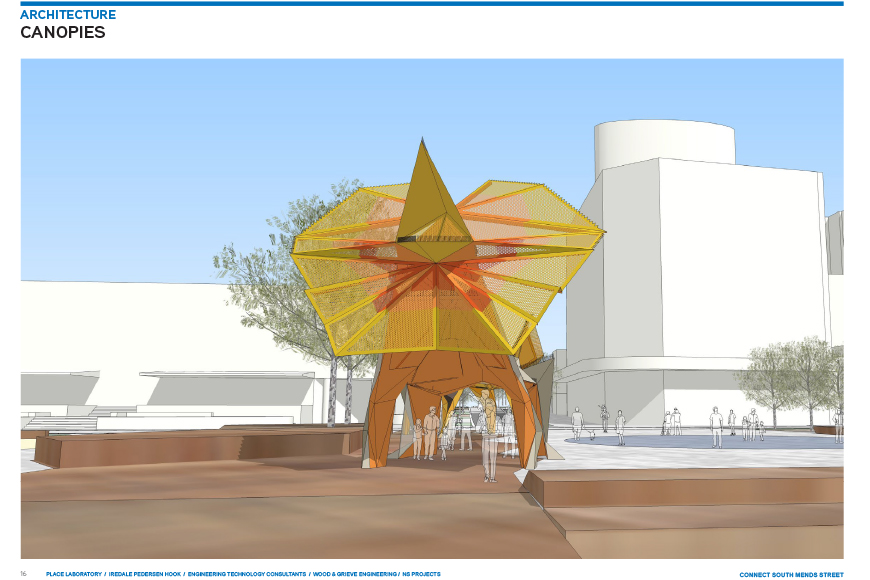 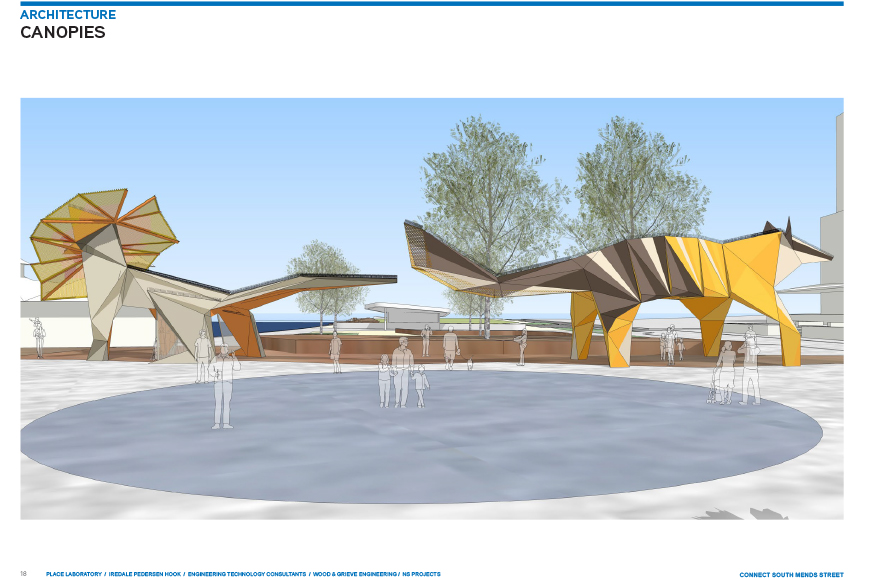 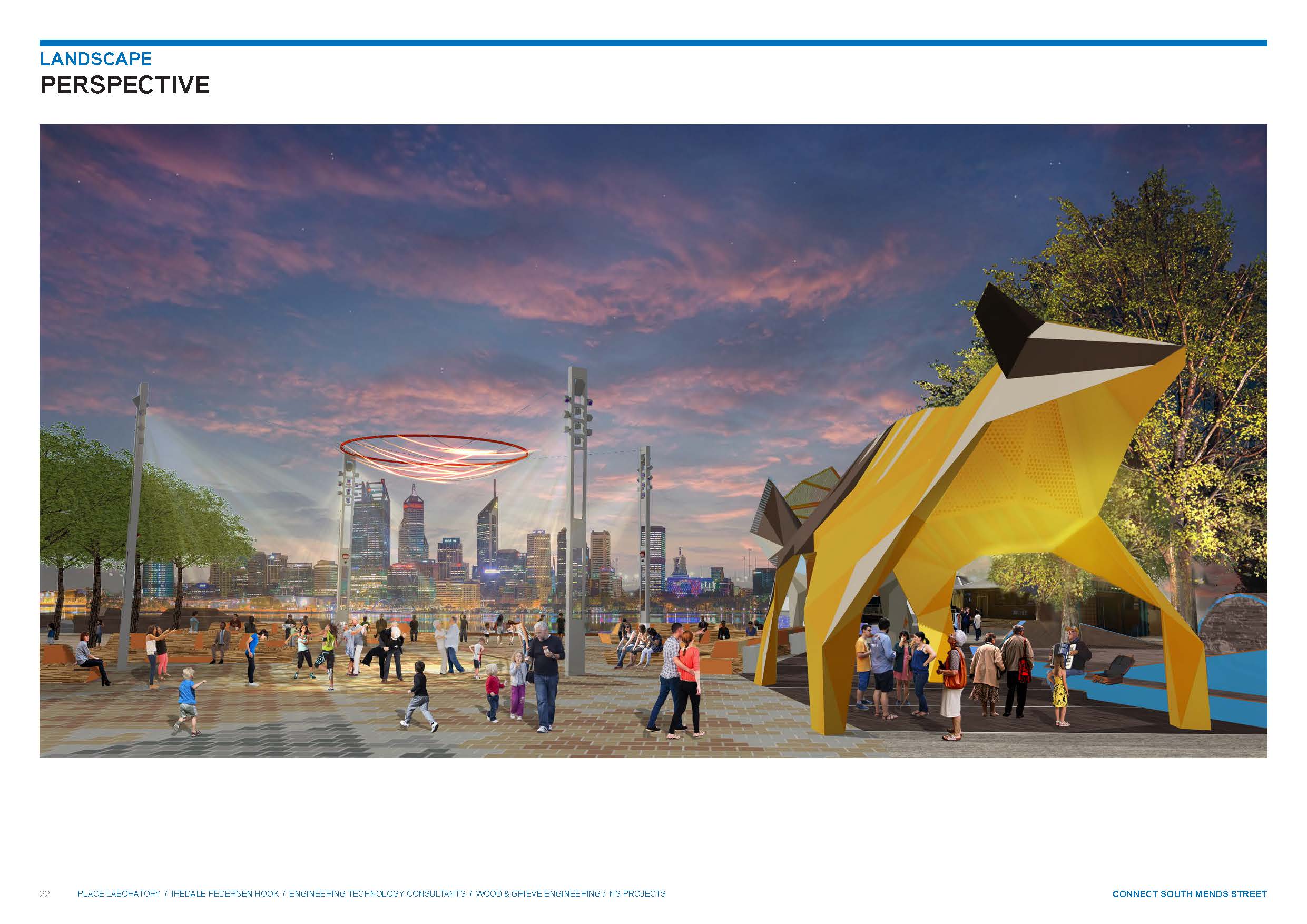 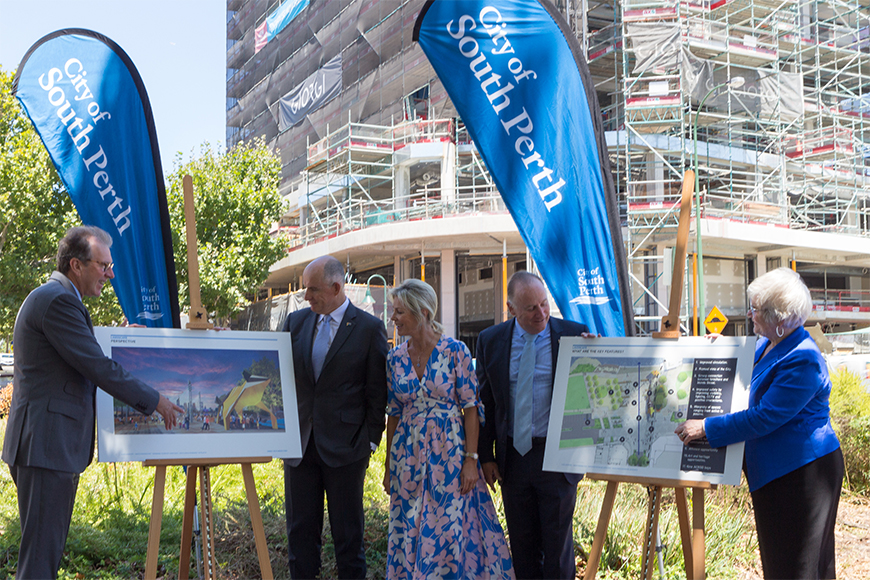 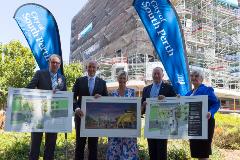 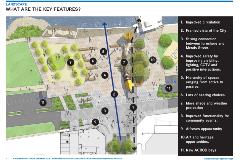 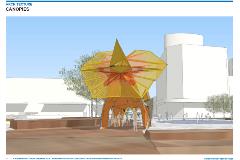 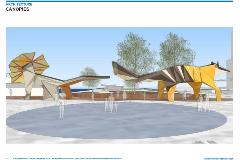 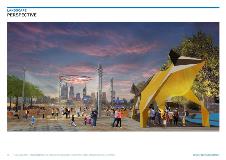 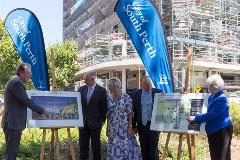