The City of South Perth together with the South Perth Returned and Services League (RSL) will commemorate the 102nd Anniversary of the Gallipoli landings during the First World War with a service to be held in the City’s Memorial Gardens on ANZAC Day, Tuesday 25 April 2017.

All residents and visitors are invited to attend the morning’s proceeding and are welcome to a morning tea to be held in the South Perth Community Hall after the service.

"I encourage everyone to come and commemorate this special day with us,” Mayor Sue Doherty said.

“The spirit of Anzac, with its qualities of courage, mateship, and sacrifice, continues to have meaning and relevance for our sense of national identity.”

“Sixty thousand Australian soldiers died during World War I and the City's annual ANZAC Day service is a very special time to pause and reflect on the incredible sacrifice our fallen soldiers made during the First World War.

“Anzac Day goes beyond the anniversary of the landing on Gallipoli in 1915. It is the day on which we remember all Australians who served and died in war and on operational service. We also acknowledge and recognise the ongoing work of the men and women who continue to serve Australia today in the armed forces around the world."

Monsignor O'Loughlin will lead the ANZAC Day proceedings. The service will include Wesley College students Tom Orundarami and Ying Tse speaking on the topics of "What ANZAC Day Means to Me”, followed by Fountain College students Asli Yasar and Sera Savran talking about “The Value of Peace”.  The keynote ANZAC Day speech will be made by Commander Dylan Findlaster from the Royal Australian Navy.

After the Ceremony and morning tea, the City invites you to head to the Perth Zoo as all service men and women are entitled to free entry. Simply present either your service ID, veteran's card or wear your uniform. The Zoo opens from 9am - 5pm. For more information, head to the Perth Zoo's website. 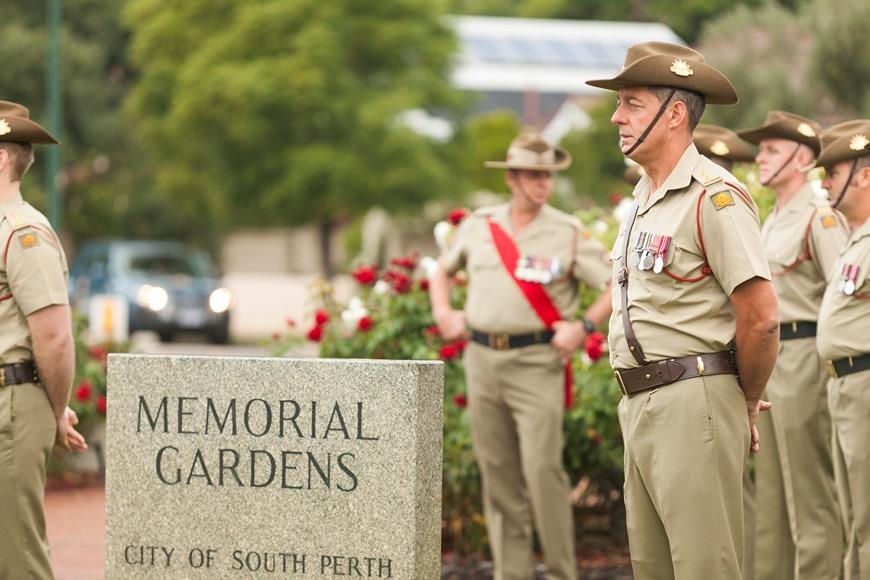