The City of South Perth is seeking to develop the Westralian Centre, a proposed multi-purpose interpretive facility, public space and major tourist attraction to be located approximately 300m west of Coode St jetty within Sir James Mitchell Park on the South Perth foreshore.

At the City’s February 2017 Council Meeting, the Council resolved to give in principle support to the proposed project and the City will now commence initial investigations and preparatory works.

Feedback on the proposal will be sought from a range of local, state and national stakeholders and in the coming months the City will commence a community and stakeholder engagement program.

Concept plans for the Westralian Centre have been developed within the context of the City’s South Perth Foreshore Strategy and Management Plan (SPF Plan) which identifies key uses, objectives and strategies for 10 nodes along the iconic stretch of foreshore. The proposed project will deliver on the vision for Node 9 identified through the SPF Plan stakeholder engagement and community consultation process.

As outlined in the SPF Plan, the strategy for Node 9 is to develop a landmark site, representing national, state, local and Aboriginal significance, that expresses the historical background of the area; and a landmark event space for calendar civic and social events that provides recreational facilities throughout the year.

The City is now working towards implementing this strategy with its concept plans to create a cultural facility of state significance, a unique attraction for the local community, visitors and all West Australians.

It is intended that the Westralian Centre be a commemorative public space that celebrates unique Western Australian stories, culture and heritage while fitting sensitively into the landscape, respecting the surrounding natural environment and preserving vistas to the City and Swan River.

The proposed concept for the site is responsive to its natural setting, emphasising both the land and river environments. Initial designs have proposed that the structures are partly buried in the landscape to minimise the impact on the existing natural landscape. The unobtrusive design of the building will ensure that view corridors to the Swan River are retained.

The City plans to seek state, federal and private funding for the project, which is estimated to cost approximately $7million, based on initial design concepts. It is proposed that the City will manage and maintain the Centre and be responsible for all ongoing operating and maintenance costs during the lifetime of the building.

“It’s rare to find an opportunity to create a unique tourism attraction to commemorate our diverse social history, while taking advantage of one of Perth’s best natural locations,” Mayor Sue Doherty said.

“The proposed concept celebrates and pays respect to our rich local history, including our Aboriginal heritage, early settlers and the many migrants who have contributed to the development of South Perth. It will also tell the story behind many of our state’s important military contributions by complementing the commemorative role of the State War Memorial in Kings Park to which the foreshore site has a strong visual connection.

“More than one million people visit the South Perth foreshore every year and the proposed Westralian Centre would be a must-see destination. Tourism is a major source of income for local businesses, employs thousands of people, and generates direct investment in local communities. Development of the Westralian Centre as a tourist destination will encourage more visitors to explore both sides of the Swan River.

“In progressing the project, the Council understands that it is essential that views to Perth’s CBD and Swan River are maintained. Initial concept drawings illustrate the architect-designed facility built into the landscape, with public open spaces, to complement the surrounding reserve, natural environment and river.

“The proposed design incorporates best practice environmental and sustainability practices. This includes passive solar design principles, harvesting of excess rainwater and the use of natural materials such as stone, exposed concrete, anodized aluminum and bronzing to optimise the life of the building.

“As custodians of the foreshore, it is vital for the City to ensure this much-loved reserve continues to be sustainably managed for all West Australians.”

Next stages
The City will soon commence consultation with local residents and the broader Perth community as well as key stakeholders.

The engagement will seek to assist the Council in the final decision-making process.

A progress report on the Centre’s business plan, community and stakeholder consultation, site and management investigations potential external capital funding sources will be provided to Council by June 2017 for the purposes of an initial review before proceeding to any further stage of the proposed project.

Background
The South Perth Foreshore occupies approximately 60 hectares of regional public open space. It is one of the major attractions in the area, known for its beauty, ambience, amenity, river-side location and views to the Perth CBD.

In 2012, the City of South Perth commenced a visioning process to guide future activities and development along the South Perth Foreshore.

In 2015, the South Perth Foreshore Strategy and Management Plan (SPF Plan) was developed to balance the competing demands for use, development and management of this metropolitan regional reserve with the need to conserve and enhance a functional healthy river and foreshore environment.

The City engaged extensively with the community and stakeholders on the development of the SPF Plan to improve the amenity, access and sustainability of the reserve. 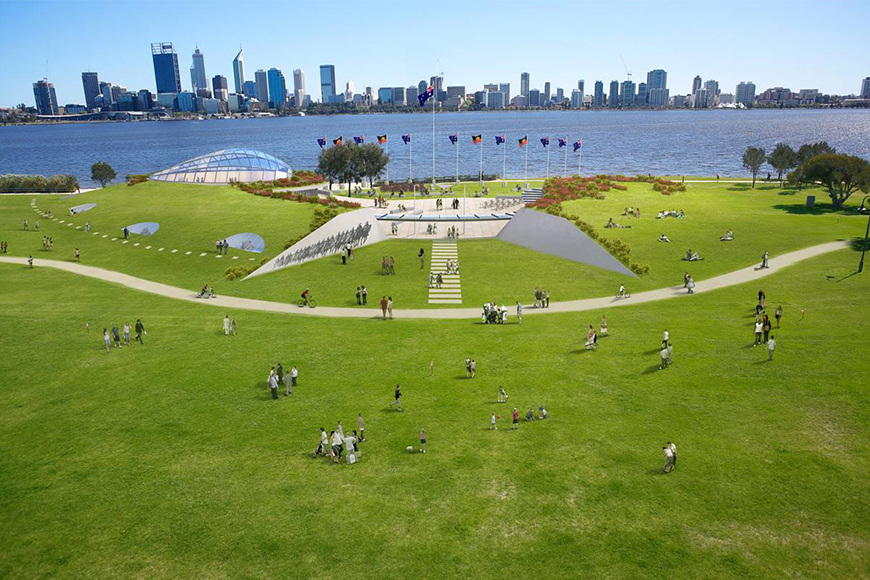 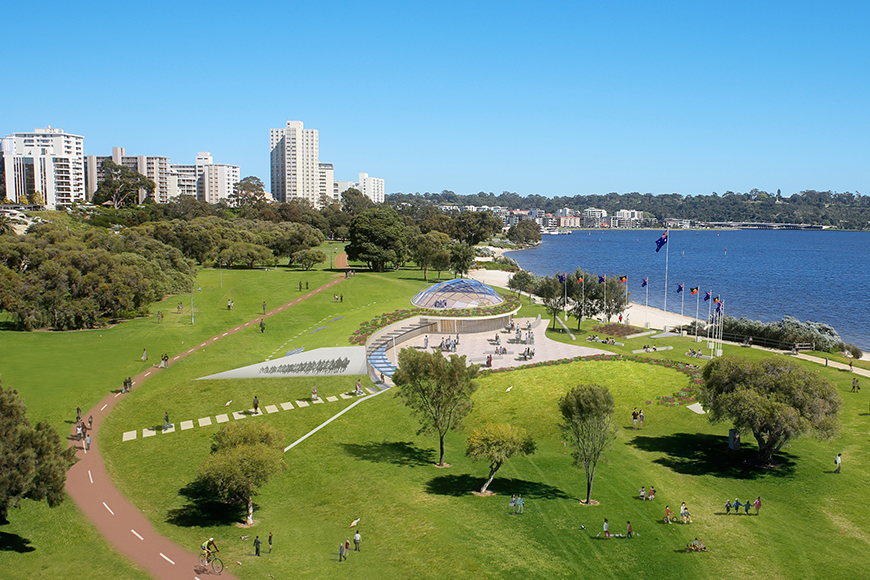 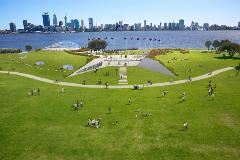 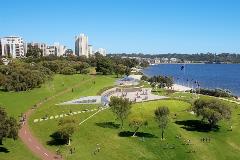