The Millers Pool project is part of the City’s South Perth Foreshore Strategy and Management Plan, which is working to improve the amenity, access and natural features of the Mill Point foreshore.

Following on from the completion of foreshore restoration works to replace damaged river walls and the creation of two new beaches and rock headlands, works at Millers Pool commenced in September and were completed in December 2016.

Landscape, environmental and amenity improvements include picnic and seating areas, a boardwalk and small viewing jetty across the pool and planting of native vegetation and trees. The view towards the Old Mill has been opened up, highlighted by an avenue of trees.

A new path network connects the pool with a Foreshore Walk from the Esplanade to join with the recently completed paths and picnic areas west of the Narrows Bridge.

The new car park employs Water Sensitive Urban Design (WSUD) principals to treat storm water run-off prior to entering Millers Pool and the Swan River, and road improvements have been made at its Mill Point Road entrance.

The City has planted approximately 30,000 native seedlings and plants, and almost 90 trees in the area, with 20 existing trees retained on the site including two significant Eucalyptus trees.

Forty-five different species of native plants were used with the majority grown in the City's nursery.

“Millers Pool looks wonderful, its natural beauty is a pleasure to experience both visually and physically,” Mayor Doherty said.

“The City has received very positive feedback from the community. People are enjoying the improvements and using the new walkways and seating areas.

“Millers Pool has a rich indigenous history. The area and its surrounds was part of an important camping and fishing area for the Noongar/Bibbulmun people.

“As part of the project the City engaged its Aboriginal Reference Group and worked collaboratively with an indigenous advisor for comment and approval of the public art. The artworks commissioned by the City each respond in their way to a sense of place and reflect the cultural, contextual and geographical history of this important site.”

Reflections a solar-powered kinetic sculpture by artist team Jana Wallace Braddock and Shane Mullins rotates reflecting the sky and plantings below it.

Additionally, printed artworks by Curtin Primary School students of the native samphire plant and a shade screen design by Noongar artist Kylie Graham have also been incorporated into the landscape design of the area.

The Millers Pool projects is part of Node 5 – Mill Point in the South Perth Foreshore (SPF) Strategy and Management Plan, which prioritises ten foreshore Nodes and lists strategies for the future of this precious foreshore reserve. 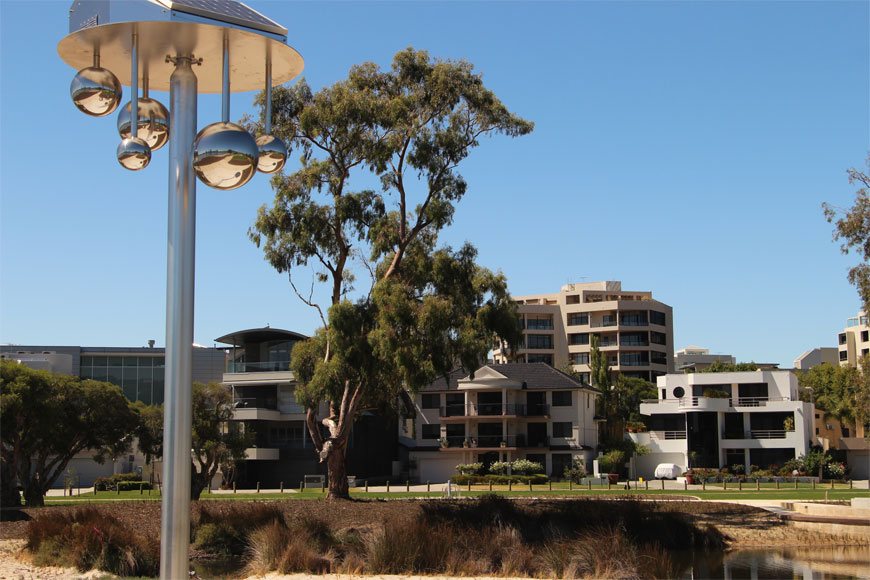 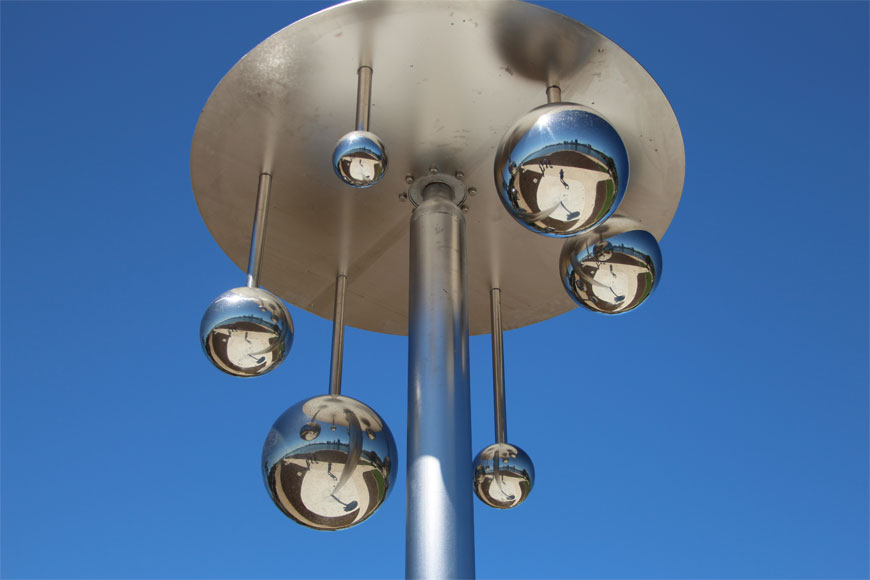 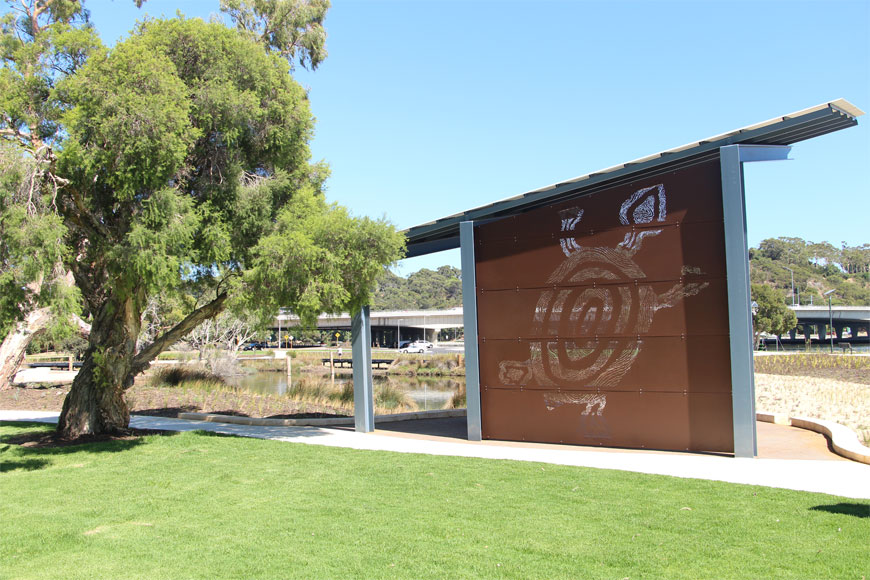 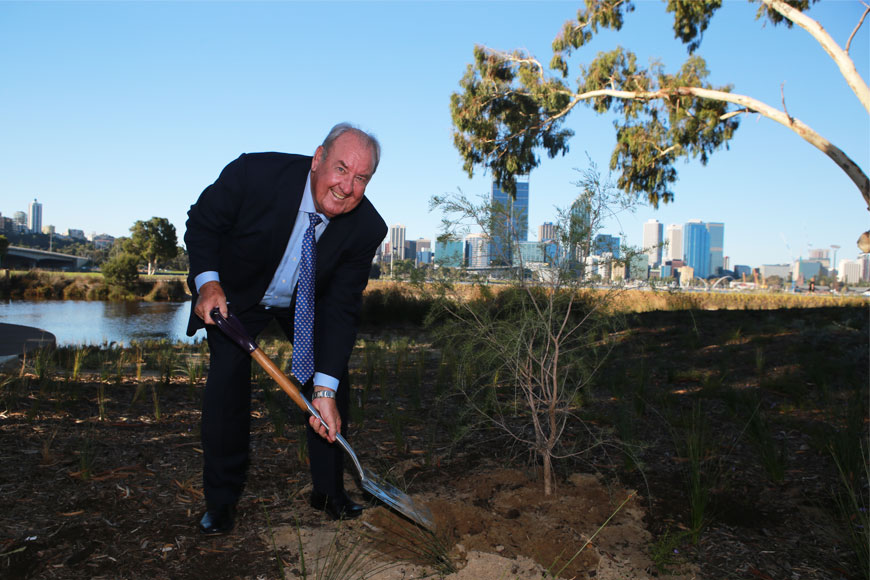 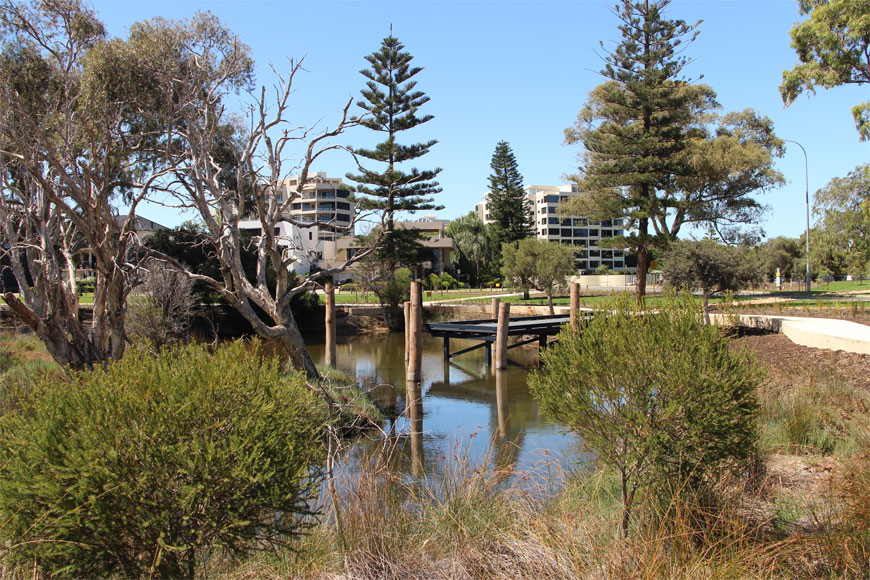 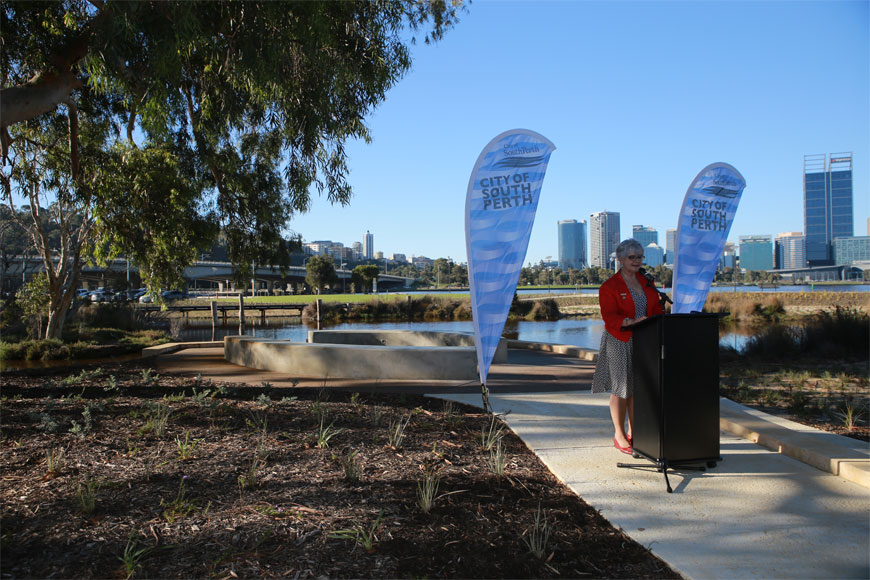 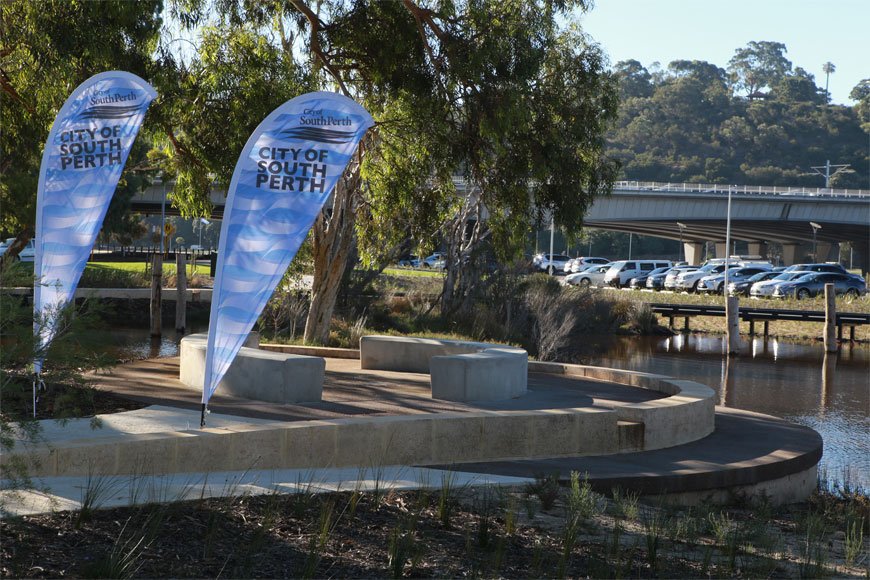 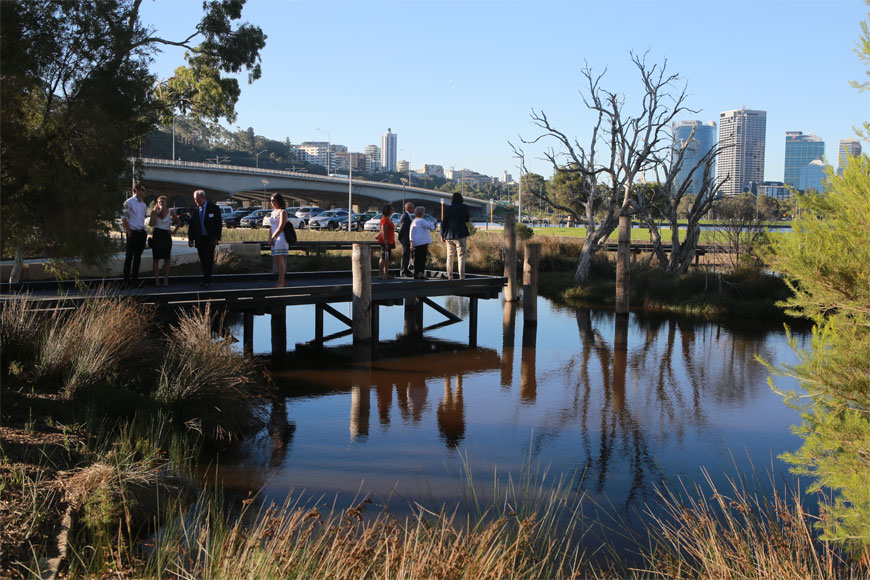 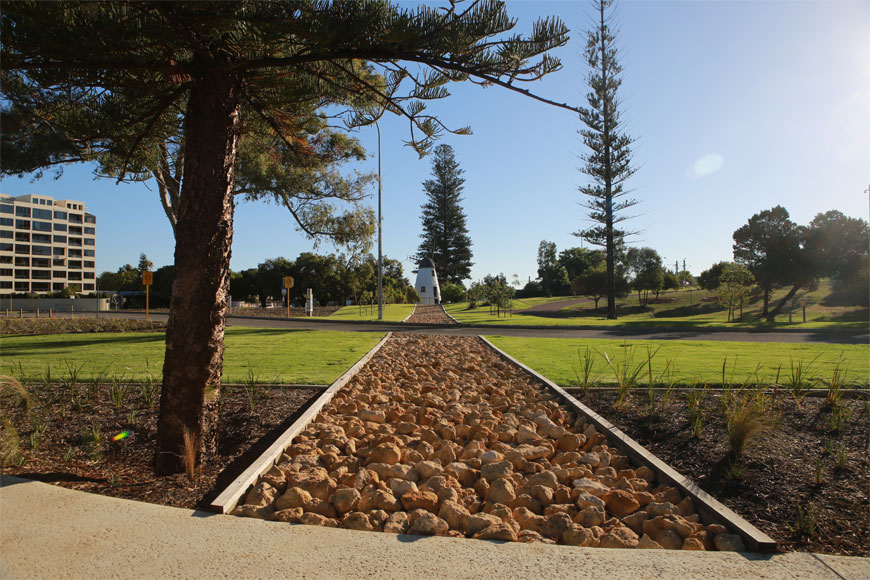 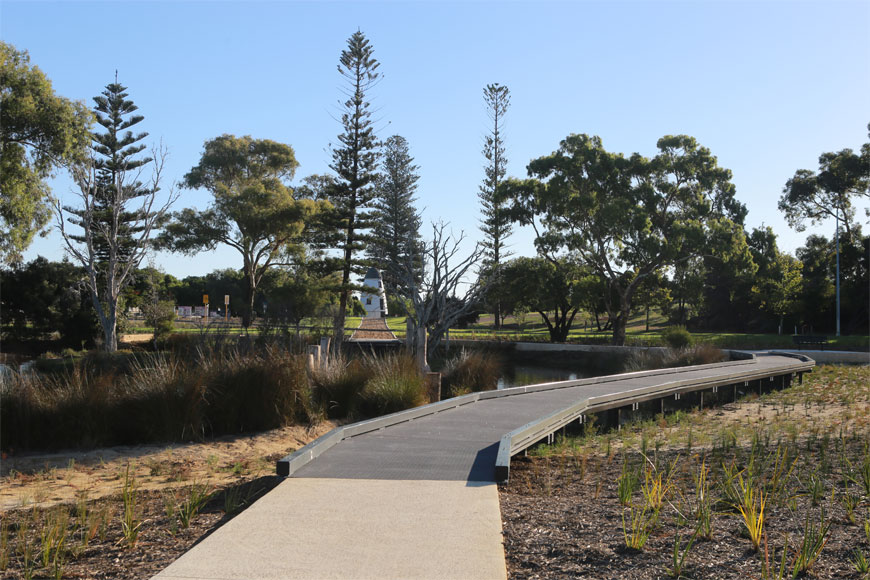 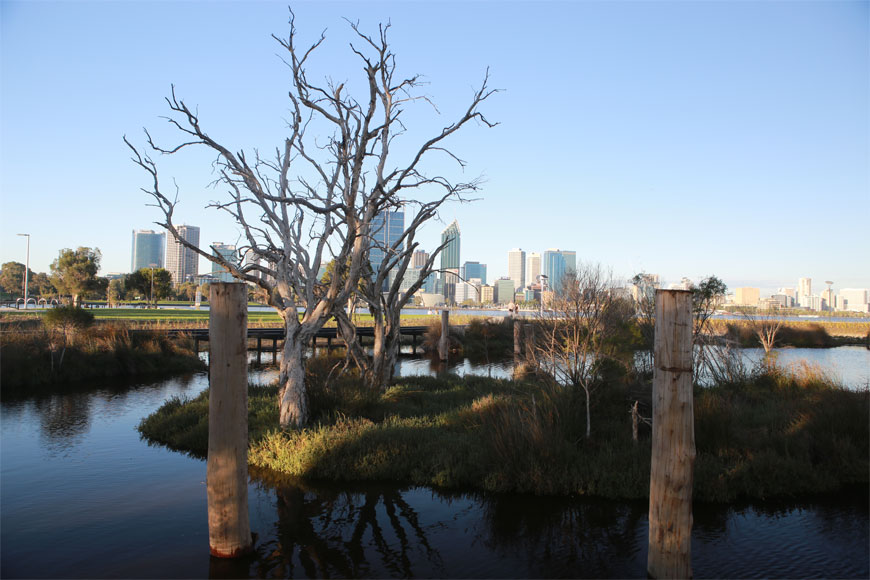 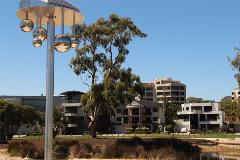 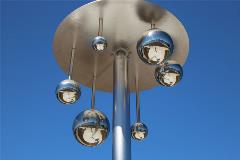 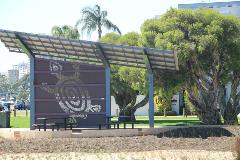 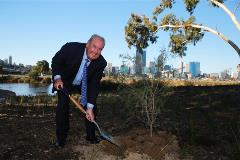 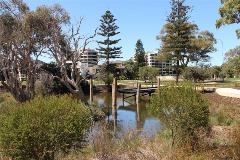 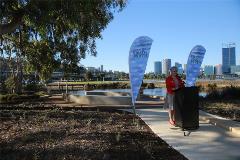 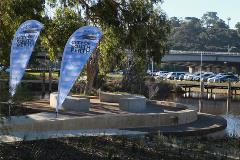 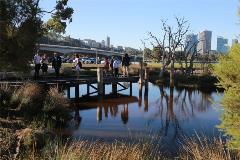 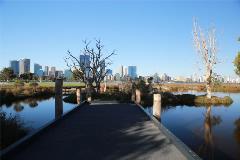 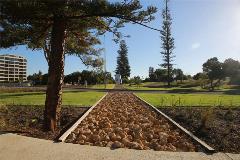 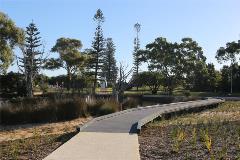 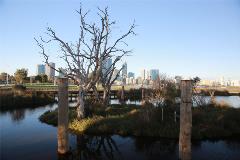