The City of South Perth is calling on the State Government to commit funds for a train station in South Perth after a recent ReachTEL poll demonstrated strong community support for this essential public transport infrastructure.

Of the 762 local residents surveyed, more than 68 per cent were in favour of a train station, with 61 per cent saying they would use the train station at least once a month.

Mayor Sue Doherty said residents are concerned about the lack of adequate public transport services in the South Perth Station Precinct and the impact increased development will have on traffic congestion.

“There is a massive push from the State Government for urban infill, but quite frankly the transport infrastructure is not up to scratch,” Mayor Doherty said.

“With the Planning Minister’s recent changes to Amendment No. 46, development within the South Perth Station Precinct will only continue to intensify, yet no provision has been made to accommodate the transport needs of the increasing population.

“The Minister’s modifications make it even more difficult for the City to accurately and holistically plan for infrastructure, parking, traffic and transport as we simply cannot predict the scale of future developments.

“The 2011 South Perth Train Station Precinct Plan assumed a total resident population of around 1,700, in the Precinct and by June 2016 there were already over 2,000 people living in the greater area. With the number of approved and planned developments scheduled for construction over the coming years, these numbers will continue to rise rapidly.

“Estimations have shown that the South Perth Train Station could achieve boardings of some 4,365 to 5,447 people per day by 2026. This is far in excess of patronage numbers at numerous existing stations on Perth metro rail lines.

“It is vital that the State Government provide a wider range of transport options and infrastructure to accommodate the growing population and volume of traffic moving through South Perth.”

A key component of the City of South Perth’s vision for the South Perth Station Precinct is to encourage patronage of the proposed train station; creating destination uses such as office and commercial development within the 800 metre walkable catchment and improved access to the City’s community facilities, heritage and visitor attractions such as the Perth Zoo. 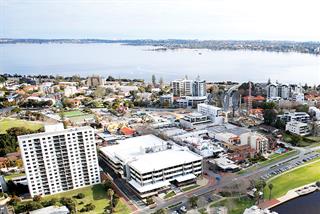 City to modify Amendment No. 46 despite disappointment with changes from WA Minister for Planning

The City is preparing to modify its Amendment No. 46 ‘South Perth Station Precinct’ by 31 January 2017, as it is legally required to, following a determination by the WA Minister for Planning.