The City of South Perth is calling for residents to help bring back street play for local children as part of a Play Street trial.

What is a Play Street?

Play Streets create opportunities for play in residential streets. Play Streets typically run for a couple hours on a weekend or after school, at regular intervals determined by residents (often monthly) and during the time of the event, the road is closed to traffic.

How can I be involved?

We are looking for community members who are eager to facilitate a Play Street event to encourage neighbouring school aged kids to play outside in their street.

The City will provide organisational support as well as traffic management equipment to help with the road closure. Giant games and sports equipment will be available for the organiser to borrow - anything that encourages outside play and switching off devices.

Two streets will be chosen to host at least four sessions each between December 2019 and April 2020. Unfortunately, if your street has a bus route running on it or is a major thoroughfare, it would not be eligible for this trial.

This City was recently awarded $10,000 as one of two Western Australian local governments participating in the 1000 Play Streets program, the Expressions of Interest (EOIs) close at 5pm, Monday 18 November 2019. 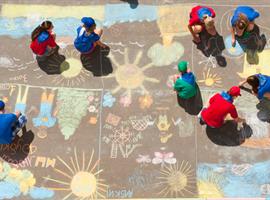 The City of South Perth is calling for residents to help bring back street play for local children as part of a Play Street trial. EOIs close Monday 18 November 2019.